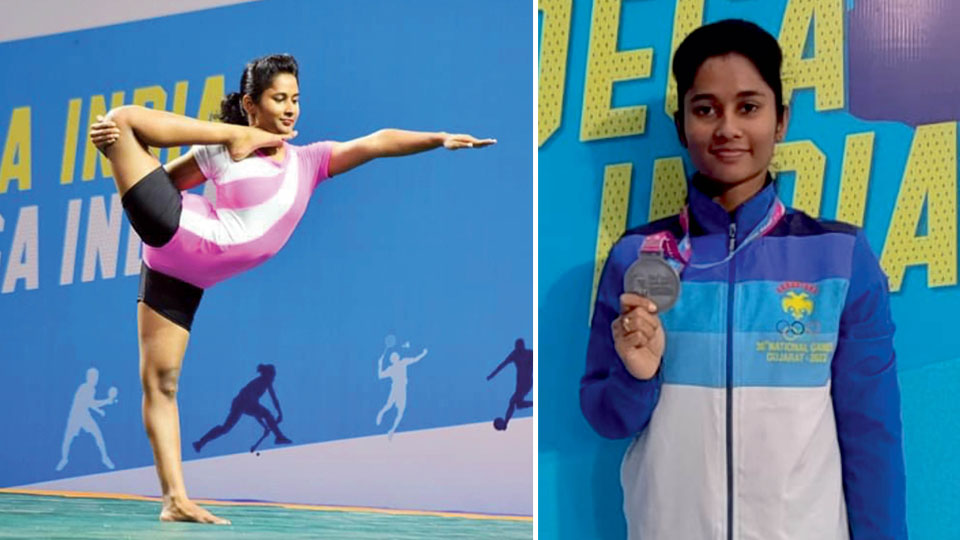 International Yoga exponent from Mysuru, H. Kushi has bagged Silver Medal in Rhythmic Yogasana contest at the 36th National Games held at Ahmedabad in Gujarat recently. Yoga was included for the first time in the National Games, in which Karnataka won one Gold, two Silver and two Bronze.

Kushi is studying first year Bachelor of Naturopathy and Yoga Degree course at the Government Nature Cure and Yoga College in city. She has been practicing under the guidance of Dr. P.N. Ganesh Kumar of Vivekananda Yoga and Research Centre, Mysuru, for the past 8 years. She is also a recipient of the prestigious Rajyotsava Award.

She is the daughter of H. Kumuda and S. Hemachandra, an employee at Bharatiya Reserve Bank Note Mudran Ltd., Mysuru, residing in Hebbal. She can be contacted on Mob: 99720-47999.