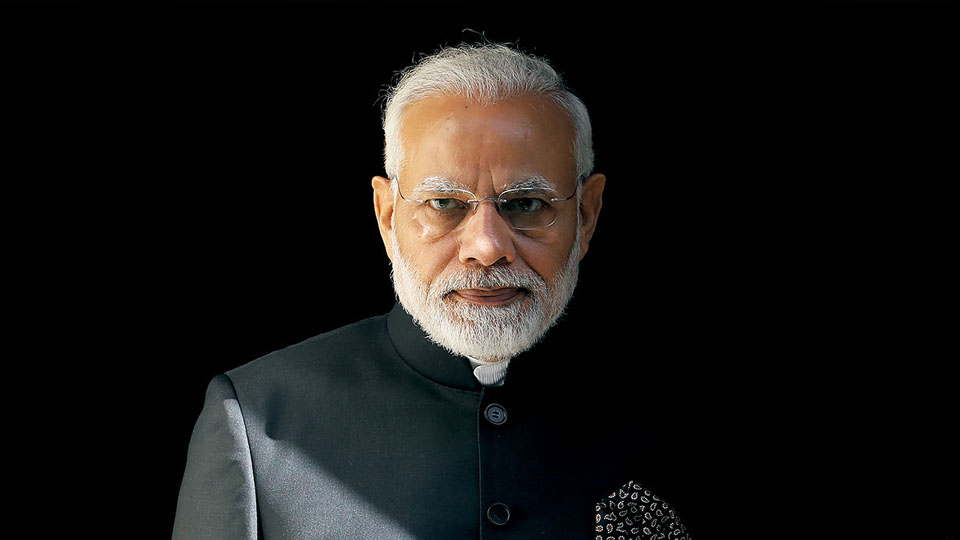 When Narendra Modi uttered  the famous slogan ‘Na Khaunga, Na Khane Doonga’ (neither will I indulge in corruption, nor allow anyone else to indulge in it), the nation was thrilled. For a nation used to corruption at all levels, this was something new. For a few months there was frenzy in Government Offices. People started to come on time and files started to move. But alas, it was only a mirage that did not last long. Unfortunately in India, Ministers are not chosen on the basis of their competence but on other equations of States’ representation, caste, etc.

The Ministry of Personnel  had a list of ias Officers against whom there were cases of corruption proved beyond doubt. This was in 2014 and everyone expected that the PM would initiate action against these tainted officers. This would have put the fear of God on the current lot of Officers. What happened ? All these files were quietly put in cold storage.

Earlier the Babus would openly demand and take bribes, now they take bribes outside or  have agents who collect on their behalf. There is a saying in Delhi “Jo pakda gaya, wo chor hai.” Yes, Modi personally is very honest but what about the party? Very conveniently Jaitley  started a dubious opaque system  of Corporate  Bonds  which ensured  that Corporates secretly donate and not declare it too.

I do not want to discuss in particular all the promises Modi  made during 2014 polls. Election rhetoric and promises are to be taken with a pinch of salt. India has become a nation of freebies, a trend started by mgr and continued by Jayalalithaa, both Chief Ministers of Tamil Nadu. tvs, fridges, cycles, laptops, you name it, it is distributed. Now all Chief Ministers have started to follow this freebie promises, an election stunt which gives them votes. A new trend this time, asking voters to swear by Lord Manjunatha after taking the money !

Coming back to Modi, it is a fact that several of these promises vanished into thin air, including the one made in Mysuru: “I will convert Mysuru to Paris.” Paris is very far away, we cannot compare ourselves to even Goa or Kerala for that matter in tourism  management. I am a big supporter of Modi and was surprised at his recent interview with Akshay Kumar wherein he said, “I work very hard and  sleep for only 4 hours a day. I expect my juniors to follow my work culture by example and do not try to enforce discipline.” One  thing I have learnt working in government for 40 years — only “danda” works. Our workforce work only when they fear job loss. A loss of a government job is worse than a death sentence for families. As soon as Modi took over in 2014, if he had  dismissed some senior officers, the effect would have been electric.

Once one of our Chairmen of itdc Bhandari asked me, “I inspect Ashok Hotel everyday morning but what I have noticed is that the quality of the room cleaning is not improving. Why?” I told him, “Sir,

first and foremost, do not come for inspection everyday. Next time you come for inspection, suspend the engineer and the housekeeper, if you do not find the cleanliness  up to your standards. See the difference. On your next visit, everything would be perfect. You are a God-fearing man and everyone knows that. They know that in spite of your verbal lashing, you will not take any action. So nobody fears your verbal lashings.”

One of my close friends, Dhirendra Singh, ias, who  retired as a Secretary, Home, Government of India, once told me his secret of success. Whenever he got new posting, for the first 15 days he would fling files and shout at all people to create an aura of strictness. Thereafter, he said,  it was smooth sailing.

It was an open secret that since bjp was the ruling party they would get maximum funds but the disparity this time between both bjp and the others is so great that it is just not comparable. Ads in both Facebook, Google and other social media have been going on from February itself. Open any electronic media, you only see Modi’s face glaring at you every 30 minutes from all important channels. Most of the helicopters in the country have been booked by bjp for 90 days, to ensure that their leaders jump from venue to venue on a single day.

This complex election process of 1.3 billion people divided by region, religion, caste and language, spread over 7 days of voting, has ensured that money plays a big part. An amount of 456 million rupees has been seized by the Election Observers so far. The way stock market is behaving it seems the punters have already decided that nda will come back to power, maybe with a smaller majority. In the “satta” market too, bjp is the favourite. But in politics, strange things happen. With just 34 mlas if jd(s) can rule Karnataka, what is wrong in Mamata, Maya, Sharad Pawar or even Deve Gowda aspiring for the Prime Minister’s gaddi?

I do sincerely hope that Modi gets a second term. Five years is really not enough to judge  the vision  of a  person; it requires  at least ten years to become a reality. If Dr. Manmohan Singh got ten, why not Modi? But I do hope that at least for some Ministries like Health, hrd or Ganga Cleaning, he gets technocrats like Ratan Tata, Narayana Murthy, Dr. Devi Shetty or Metro Man E. Sreedharan this time and not some incompetent politician. If one recollects, the Aadhaar project was a success only because Nandan Nilekani was in-charge. Modi sir, you are wiser by 5 years, learn from your mistakes, enforce discipline, suspend and dismiss some senior officers  against whom disciplinary proceedings have been completed, appoint competent and young faces as Ministers and then see the difference.  Only “danda” works in India.  Do you agree ?

Lok Sabha Elections 2019 N.K.A. Ballal Narendra Modi
The metaphor of the forest
As Kodagu braces up for another monsoon… Sound of thunder makes Kaloor villagers shudder

10 COMMENTS ON THIS POST To ““Na Khaunga, Na Khane Doonga…””