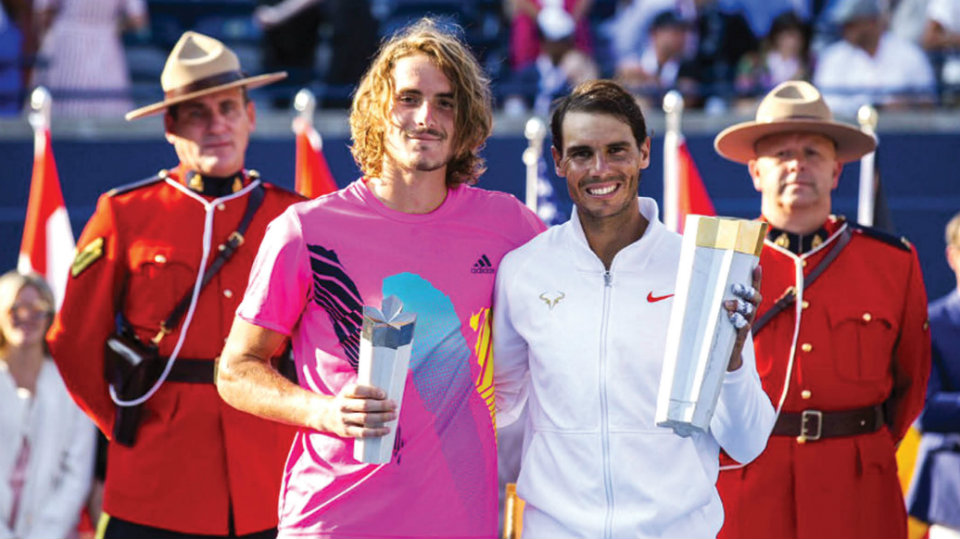 The top-ranked Nadal beat the unseeded Greek upstart 6-2, 7-6 (4) for his fourth Rogers Cup crown and fifth victory of the year. He has 33 ATP World Tour Masters 1,000 titles.

Nadal later announced that he would skip a Masters tournament in Cincinnati this week to rest and get ready for the U.S. Open.

Nadal’s win Sunday was notable. His previous four titles this year came on clay at the French Open, Monte Carlo, Barcelona and Rome. He also beat Tsitsipas in the Barcelona final.

Tsitsipas reached the final by becoming the youngest player to beat four straight top-10 players in an event since the ATP World Tour was established in 1990. He began the run against seventh-seeded Dominic Thiem, then knocked off No. 9 Djokovic, No. 2 Alexander Zverev and No. 4 Kevin Anderson.