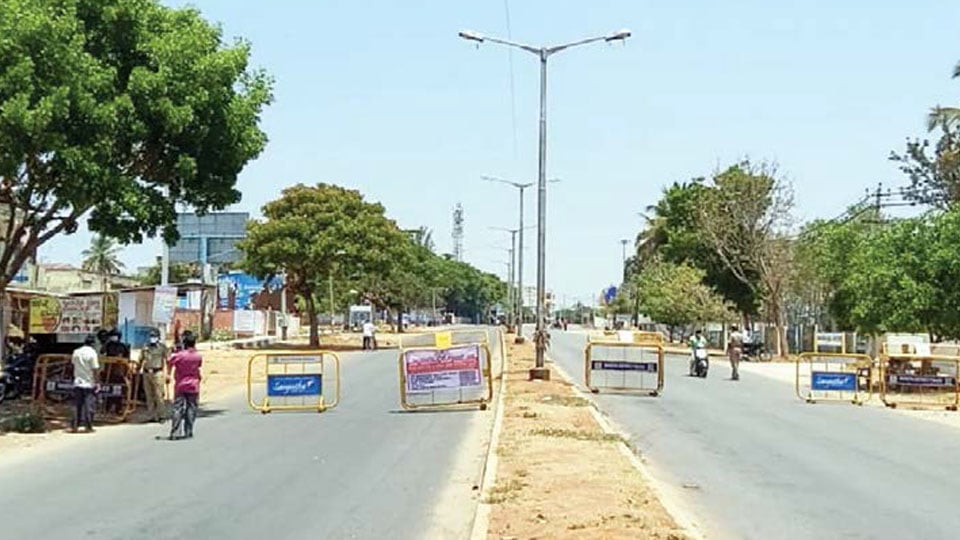 Mandya: With five Moulvis, who visited Nagamangala and Malavalli in the district after returning from Delhi’s Nizamuddin Tablighi Jamaat testing positive for COVID-19, the Mandya District Administration has declared the two taluks as Containment Zones (Red Alert Zones).

The Moulvis are said to have toured Nagamangala and Malavalli taluks for religious campaign after returning from Delhi last month. The authorities, who traced the contacts, have kept 24 persons of Nagamangala under isolation while 7 persons from Malavalli, who had attended the Jamaat and 18 members of their families are under isolation.

With the two taluks being declared as Containment Zones, the authorities have enforced complete lockdown in Nagamangala, Malavalli and K.R.Pet taluks of the district.

Accordingly all meat shops, saloons, bakeries and eateries,tailoring shops etc., were ordered to shut down. Also all push-cart vendors selling vegetables, fruits and greens were asked to vacate. Only those vehicles leaving for emergency duties were allowed to travel.

Meanwhile, Mandya Deputy Commissioner Dr. M.V. Venkatesh said that with Nagamangala and Malavalli taluks being declared as Containment Zones, all shops in the two taluks have been ordered to shut down till April 14.

Pointing out that the two taluks have been declared Containment Zones as there is a suspicion that many persons were in primary and secondary contacts with Moulvis who attended Delhi’s Nizamuddin Tablighi Jamaat, the DC said that movement of all types of vehicles, barring those engaged in essential services, has been totally banned.

The DC further said that the blood samples of 12 persons who are found symptomatic have been sent to the Laboratory for testing on Sunday. Pointing out that blood samples of 11 persons tested earlier were found  negative, he said that 107 persons in the district have been home quarantined.

Also, 24 persons from Nagamangala and 41  persons from Malavalli, who were in contact with the Moulvis, have been subjected to tests, with the Health Department keeping a close watch on their health.