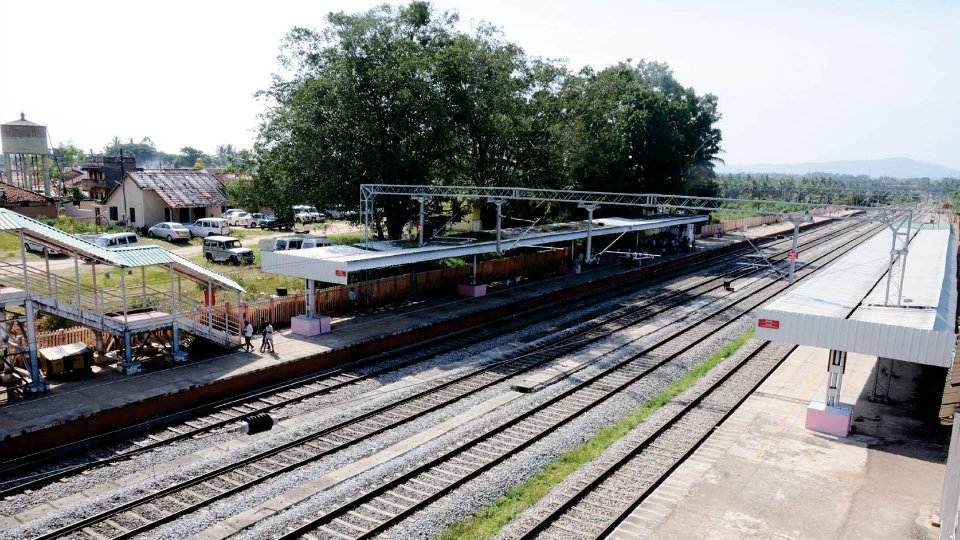 Mysore/Mysuru: The Detailed Project Report (DPR) for the Satellite Railway Terminal at Naganahalli by South Western Railways (SWR) Mysuru Division was ready and has to be approved by the Central Railway Board, informed Divisional Railway Manager (DRM) Aparna Garg.

Addressing a virtual press conference along with senior officials of the Division and officials from Construction Wing, the DRM said that the satellite terminal at Naganahalli was sanctioned by Railway Board in 2018-19 and SWR estimated the project at Rs. 789.29 crore. A DPR for phase-I works at a cost of Rs. 495 crore was submitted to the Board in August 2019.

Once the Naganahalli terminal station becomes a reality, there will be more scope for additional trains to come to Mysuru, especially from Bengaluru. Naganahalli terminal’s objective is to decongest the city as well as to provide better service to passengers residing in sub-urban areas. The project is planned on the outskirts of the city where trains can originate or terminate.

Naganahalli is around 8.55 kms from Mysuru on Mysuru- Bengaluru broad gauge section. Among the benefits of the Naganahalli terminal are, many new services can be started and it will ease pressure on Mysuru City Railway Station that is presently handling about 90 passenger-carrying trains per day.

With a view to amplify freight traffic, Business Development Unit (BDU) headed by Senior Operations Manager with the multi-disciplinary team of Officers has been set up. “We have conducted several rounds of meeting with the officials and freight customers and we have reached out to the Confederation of Industry (CII), Agricultural Produce Market Committee (APMC), Container Corporation of India (CONCOR) to capture traffic of industrial and agricultural commodities,” she said.

For the convenience of passengers, spacious waiting lounges have been provided at all Stations between Nanjangud and Subramanya. Special emphasis has been laid to passenger convenience and amenities. “The first ever parcel train was also run from Nanjangud to Howrah carrying Nestle products and the Division has taken up improvement of three goods sheds in a phased manner to facilitate freight customers,” she added.