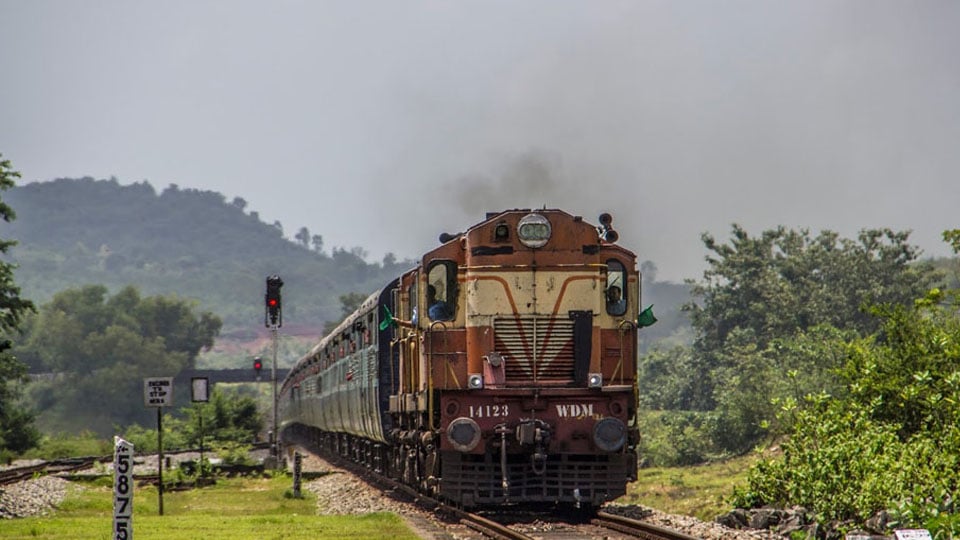 Mysore/Mysuru: The Final Location Survey (FLS) for laying a new Railway Line between Mysuru and Kushalnagar in Kodagu district will be completed by March 2021. The project has been mired in controversy with opposition from environmental groups.

Speaking at a virtual press conference highlighting the achievements and good works done during pre and post lockdown period, SWR Mysuru Divisional Railway Manager Aparna Garg yesterday said that the tender for FLS was being finalised and they hoped to complete the same by March 2021.

The Ministry of Railways has earmarked Rs.1,855 crore for the 87-km new line between Belagola in Srirangapatna taluk of Mandya district and Kushalnagar in Somwarpet taluk of Kodagu district. The project has been mentioned in the Pink Book (a registry detailing all approved projects and allocations made) of Indian Railways.

Mysuru-Madikeri Railway Line Project was first proposed during UPA era in 2011 and was shelved after a survey by the Railways deemed the route to be unprofitable. The Railway Line was listed in Railway Budget 2016-17 under “new line” category at an estimated cost of Rs.667 crore and the techno-economic survey was completed.

But the project — originally mooted over 100 years ago — did not gain further traction. The funding was to be made under the extra budgetary allocation, but the project was stuck in the maze of bureaucracy. The Railways had conducted a detailed survey for the Mysuru-Kushalnagar Line but the survey for the Kushalnagar-Madikeri section could not be conducted as the Forest Department did not give permission for the same. Now the Railways have clarified that the proposed Railway Line would end at Kushalnagar.

The proposed Railway Line has, however, earned the wrath of environmentalists and green activists who argue that the Railway Line would cause irreparable damage to River Cauvery and also increase man-elephant conflict which is high in the region.

Environmentalists, who have approached the High Court, said that they have no objection to the survey but as per the Court directive, the concerns expressed by environmentalists have to be taken into consideration before the Railways approve the Detailed Project Report.