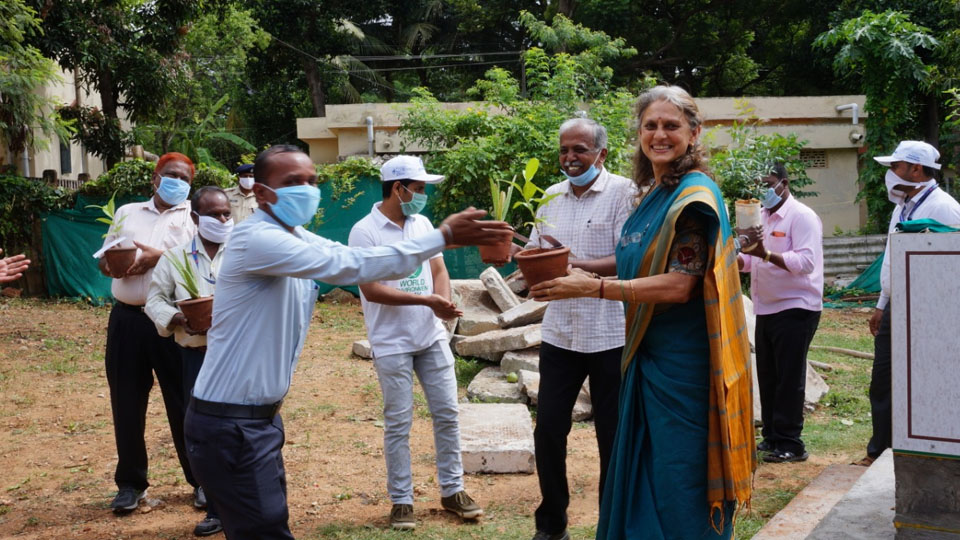 Mysore/Mysuru: World Environment Day was celebrated today by South Western Railway (SWR), Mysuru Division, wherein tree plantation was done by Divisional Railway Manager (DRM) Aparna Garg and other Senior Railway Officers of Mysuru Division. As many as 30 saplings of Silver Spruce were planted along with Railway boundary on KRS Road.

The thin stream of surplus water from Vani Vilas Water Works which passes through Railway ground was cleared of plastic waste and garbage. This area which falls in the heart of the city on KRS road has been given a facelift. This will add a visible green cover to the area. A dry leaf collector and composting unit is proposed to be setup in the vicinity.

On the occasion, the DRM administered ‘Swachhta Pledge’ to Officers and Staff which binds them to devote at least two hours per week of Shramdaan towards cleanliness.

In tune with the theme for the year “Celebrating Biodiversity” a video clip was also launched emphasising balanced eco system. This was followed by a Webinar on the subject organised by General Manager’s Office, South Western Railway (SWR).

An online activity competition for staff and their wards on ‘biodiversity’ evoked good response, according to a press release.