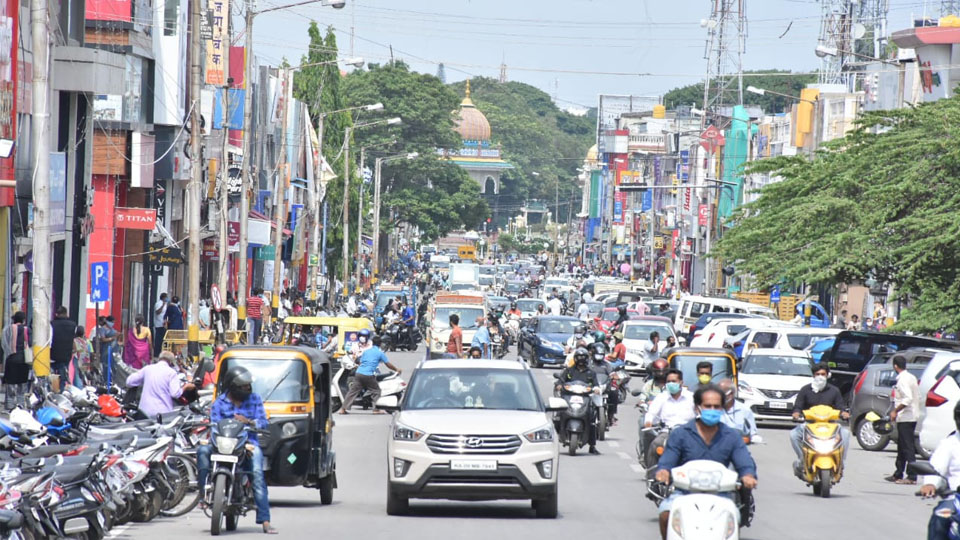 Mysore/Mysuru: The density of vehicular traffic (private vehicles), which was reduced to a minimum during complete lockdown is now increasing day by day in city despite schools not being reopened and only a few KSRTC and private buses plying on city roads.

Though there is a delay in the operation of public transport including trains and hotels, religious places, and tourist places yet to open, the city is already witnessing increase in vehicular traffic. If every service begins, there would be traffic snarls and jams on city roads.

As of now, a large number of vehicles can be seen on Hunsur Road, KRS Road, JLB Road, Sayyaji Rao Road, Mahatma Gandhi (MG) Road, Dhanvantri Road, D. Devaraj Urs Road, Chamaraja Double Road and other prominent roads in city. Most of the parking spaces are full almost daily and motorists are now finding it difficult to find a space to park their vehicles.