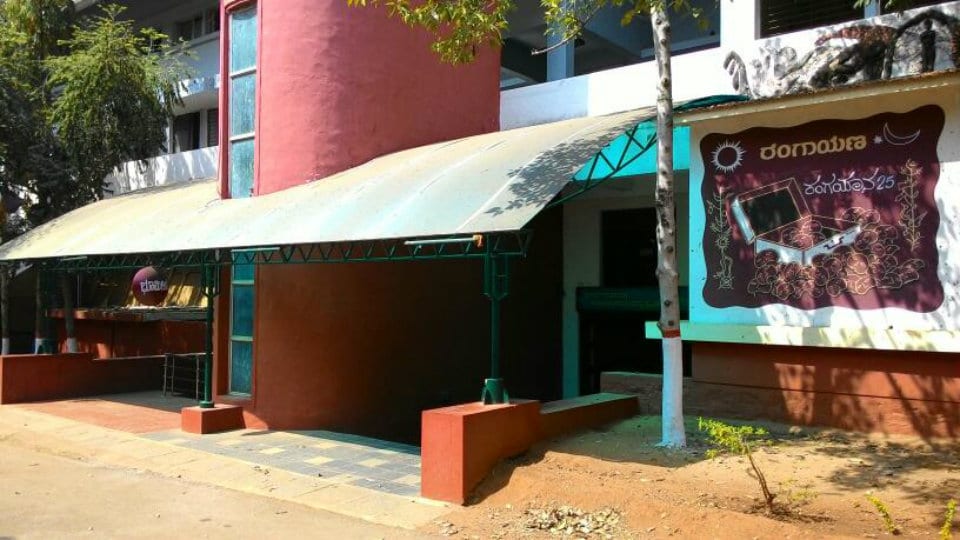 Mysuru: It has been nearly seven months since H. Janardhan (Janni) completed his term as Rangayana Director. Till date, the State Government has not appointed a person for the post while Kannada and Culture Director has been executing the work as Mysuru Rangayana Director.

According to sources, Ranga Samaja, the governing body of Rangayanas across the State, had not met to decide on its recommendations for the posts despite the repertories functioning without a qualified Director.

In fact, the matter of the Director not being appointed to Rangayana in Mysuru had also attracted the attention of former Union Minister Dr. M. Veerappa Moily, who visited Mysuru recently. It is also said that actor Mandya Ramesh’s (Natana) name was also discussed in the meeting. Since Ramesh is already a member of Ranga Samaja he cannot be appointed as the Director of Rangayana.

Meanwhile, Prof. Umesh, having decades of experience in theatre, is tipped to be appointed for the coveted post for his acquaintance with the repertory and the senior actors for the past few years.

But there are few who want senior actress and theatre director Bhagirathi Bai Kadam to become the new Director. Having immense experience in theatre and silver screen, Bhagirathi Bai has been a part of the Seagull Theatre in Guwahati over the past 30 years. A National School of Drama (NSD) and NINASAM graduate, she has the experience of working in various theatres in Japan, Germany and other countries.

In fact, she has also won the National Award for Best Actress (Assamese) the same year when Dr. Rajkumar was given the Dada Saheb Phalke Award. Apart from acting, Bhagirathi has translated many Kannada plays into Assamese.

Meanwhile, Gopalkrishna Nayeri is also a qualified person with NSD and immense theatre experience behind him. Nayeri is said be an expert in Yakshagana, Kuchipudi and other art forms.

Ranga Samaja is also said to have recommended names for the post of Directors for Rangayanas in Shivamogga and Kalaburagi. While M. Ganesh, a teacher at NINASAM in Heggodu, has been recommended for Shivamogga, Mahesh Patil is tipped for Dharwad Rangayana.

However, the final decision will be taken by Chief Minister Siddharamaiah in consultation with Kannada and Culture Minister Umashree, which is expected at the earliest.