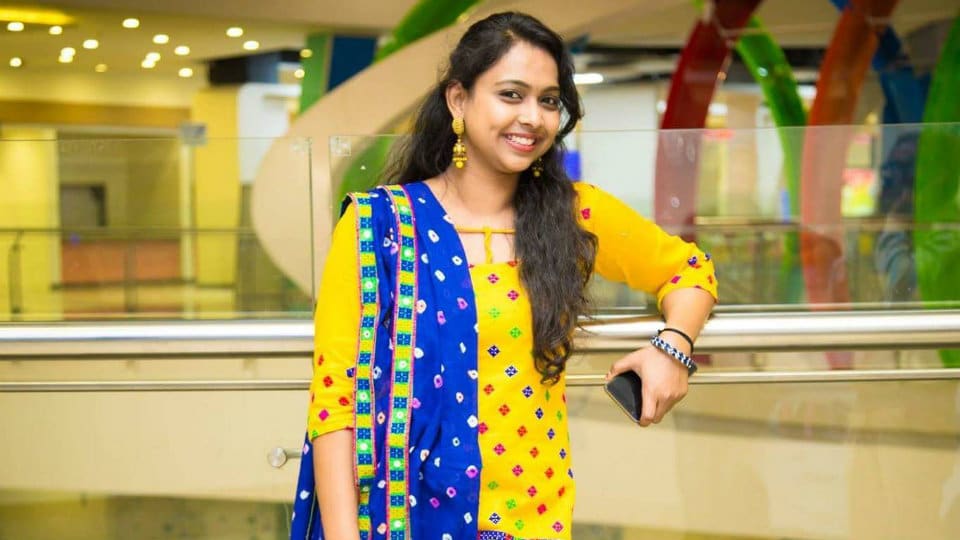 Among the best singers to have emerged from Mysuru is Ananya Bhat. Trained under Vid. K. Guruprasad and Vid. R.S. Nandakumar, this talented singer has stolen the hearts of many through her bold and beautiful voice.

A talented actor as well, Ananya Bhat lent her voice as playback singer when she was just nine-years-old for the Kannada movie ‘Olave Jeevana Lekkachara’ directed by Nagathihalli Chandrashekar. But, she was recognised as a true playback singer when she sang for ‘Lucia’. This one big break fetched her many offers which included songs in the movies such as ‘Chaturbhuja,’ ‘Rocket,’ ‘Bhujanga’  and the latest hit being ‘Rama Rama Re.’

Ananya is widely followed on Youtube.com for her melodious cover songs. In fact, the song ‘Nee Thoreda’ on Youtube.com got as many as 3 million hits. She has also sung for movies like ‘Jeer Jimbe’ and ‘Tagaru.’

Having learnt the nuances of acting from Natana Theatre School, Ananya made her acting debut through the recently released movie ‘Urvi.’  Her voice also drew the attention of Music Composer D. Imman, who made her sing for the Tamil movie ‘Karuppan’ starring Vijay Sethupathi  and Bobby Simha.

This talented singer attributes her success to her parents for their support and encouragement in all her endeavours. Her father, Vishwanath Bhat, is a renowned astrologer and purohit. Having come from such a traditional background it is always tough for a girl to lead the life of her choice.

“My biggest strength is my parents, who have not stopped me from doing what I wanted. They have trusted me so much that I have been staying in Bengaluru for some time now looking for opportunities. It is my responsibility to maintain their trust and grow up as a good artiste,” said Ananya.

Ananya also aims to start a music school in a few years time to help poor children learn music. Speaking about her acting career, she maintained that her prime focus would be on music but given an opportunity, she would definitely try acting as well.