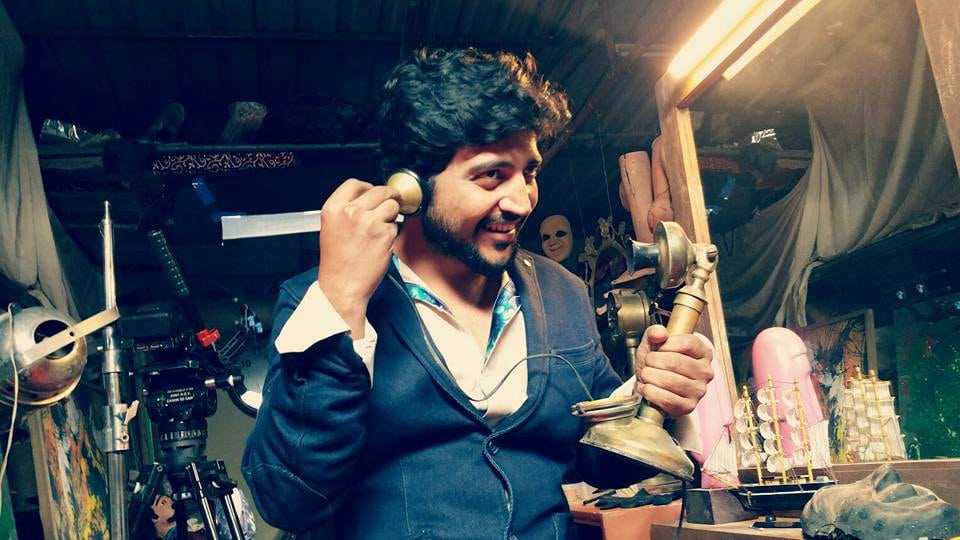 His first entry into acting was through B.V. Karanth College Rangotsava organised by Rangayana. Poornachandra, then a B.Com student, took part in theatre camp organised by Rangayana at Mahajana First Grade College and performed on stage receiving appreciation from both his family and friends.

Later, his entry into Rangayana inspired him to take up acting seriously and pursue his career in the same field. Like many actors, who come to industry without Godfathers, Poornachandra, who is associated with GPIER, had to struggle for a few years before getting offers.

The young actor, who has been residing in Bengaluru for some years now, has acted in about 25 short films in Kannada, Telugu, Tamil and English. He played a cameo in Pawan Kumar’s directorial debut ‘Lucia,’ which also featured many talents from Mysuru.

Currently, his two movies ‘BB5’ and ‘Dayavittu Gamanisi’ is all set for release.  He is also playing the lead role in the movie ‘Orchestra’ directed by Sunil, again another Mysurean, who shot to fame with the song ‘Baarisu Kannada Dindimava’ produced by the Department of Kannada and Culture.

Speaking to Star of Mysore, Poornachandra said that the biggest motivation for him would be to deliver what the director expects.

“If a director says that I have acted well it is the best thing that could happen to an actor. This actually motivates people like me to continue with the work,” he added.

For Poornachandra, the biggest inspiration in the movie industry has been late Vishnuvardhan, Jack Nicholson and Shah Rukh Khan.