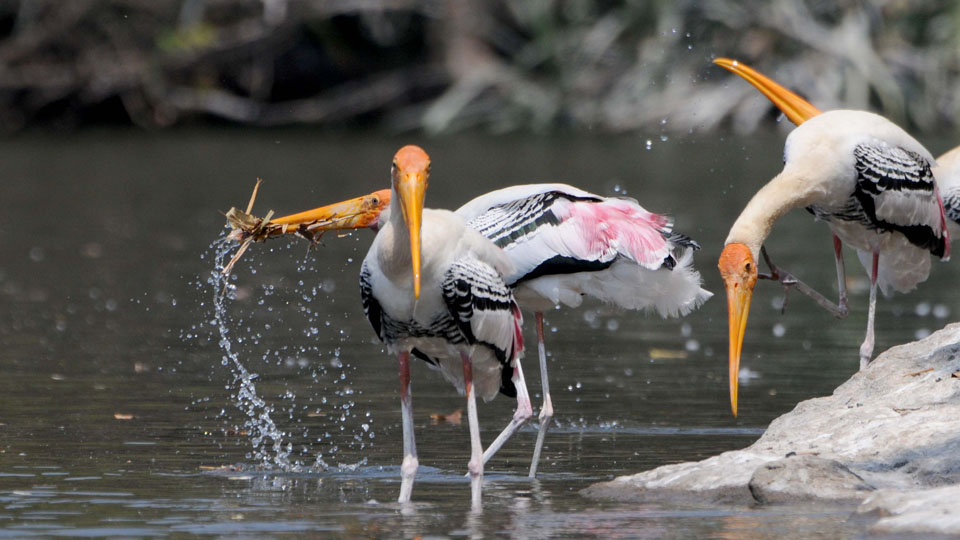 The tiny 0.67 square kilometre Ranganathittu Bird Sanctuary is a haven for nature-lovers and bird-watchers. Located in Mandya district, Ranganathittu is regarded as one of Asia’s most significant nesting and breeding locales for birds. A large number of exotic migratory species flock the sanctuary annually. This Weekend Star Supplement throws fresh light on this much written about Sanctuary on the banks of River Cauvery and lists new facilities provided to the tourists.

Like humans, animals too need their own space, habitat and conditions. Governments and wildlife authorities must ensure that such habitats and protection is given to wildlife. The Mysore Wildlife Authority has been making rapid strides in giving birds a wonderful nesting and breeding grounds in the world-renowned Ranganathittu Bird Sanctuary at Srirangapatna.

The age old sanctuary has been well developed and hosts a number of species of birds and is planning to achieve Ramsar Convention (Wetlands of International Importance) very soon. These winged beauties flock Ranganathittu sanctuary and make it a colourful paradise for bird lovers and tourists. With the flap of their wings, the birds fly in the air and settle on islands and that view is simply unmatchable and brings a smile not just on your faces but your soul too. 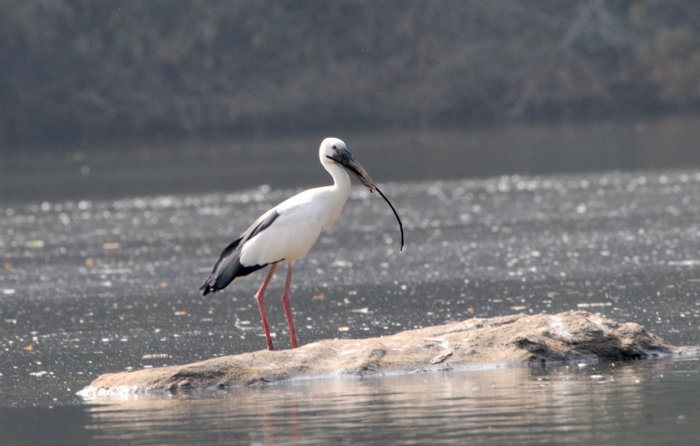 Ranganathittu is known as Pakshikashi or the Mecca of birds and is a treat to the eyes of any bird or wildlife enthusiast. The breeding and nesting ground for several birds, Ranganathittu, located on the banks of River Cauvery is a major tourist attraction in Mysuru region.

Spread over several islets, Ranganathittu is named after the Hindu God Ranganathaswami and spreads across an area of 0.67 sq. km. The islands in the sanctuary were formed as result of an embankment which was built in 1648 by the then Mysore King Kanteerava Narasimharaja Wadiyar. It was only in the year 1940, that the region was declared as a protected one after ornithologist Dr. Salim Ali noticed that the islets played hosts to a number of endemic and migratory birds and brought it to the notice of the then Maharaja of Mysore. The sanctuary is located on several islets and different species of birds have different nesting and habitat patterns. Visitors can experience the real feel of wildlife as they are taken on boats around the islets to have a look at the beautiful winged beings and their nests and young ones. During the boat rides, one can also spot slowly moving crocodiles around them in the river.

The sanctuary is a home to about 200 crocodiles.  The sanctuary welcomes several migratory birds of different flocks from various corners of the world such as Australia, North America, Siberia, etc. Migration starts during December and the birds fly back in July/ August. The majestic sanctuary is a house to several species of birds. 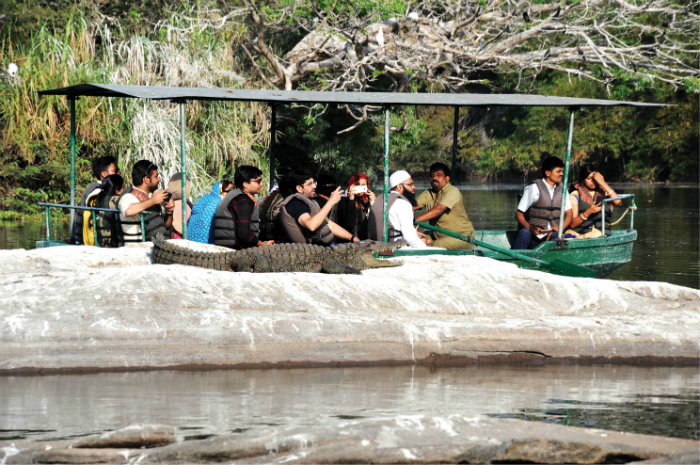 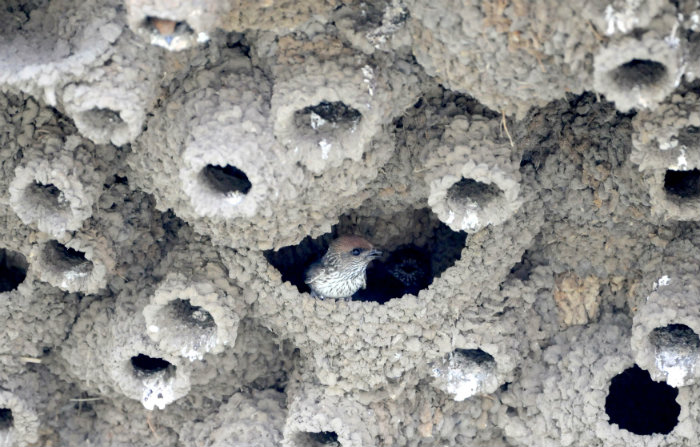 Speaking to Star of Mysore, V. Yedukondalu, Deputy Conservator of Forests (DCF), Wildlife Division, Mysuru (now transferred to Kollegala) said, “Migratory season generally begins in December and the birds from various parts of India and the World come and settle here. They pick their habitat, settle here and build their nests on the islands. Then in some time, the breeding season begins and the young chicks are hatched.” 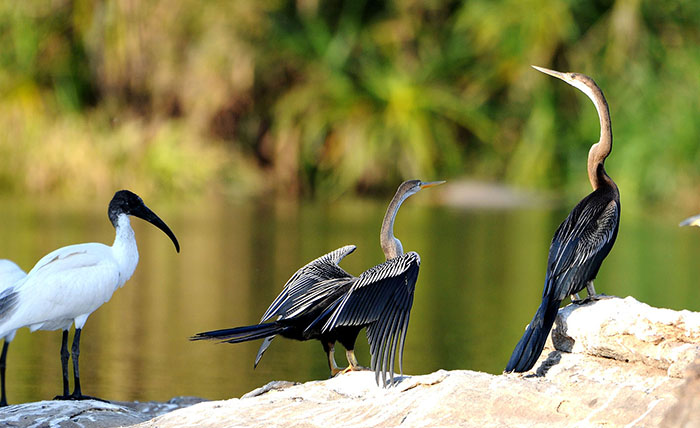 They learn how to fly and around June July, the birds again fly back. Many birds come from Siberia, Eurasian countries, Thailand, Burma, Bangladesh, China etc. The birds come all along the way crossing the Himalayan Mountains to Ranganathittu. “In this Sanctuary, we have more than 220 species of birds. Recently, we conducted the first bird survey here and we will be able to get an average count of the species of birds, their habitat patterns etc. With the received data, we can provide them better habitats, understand their nesting patterns and manage this sanctuary based on scientific lines,” he added. The sanctuary also caters to tourists and the Forest Department provides good facilities to them. “We have an Information Centre to educate people about birds, their patterns and behaviour, a canteen and neat walking space amidst well grown trees. The Sanctuary also has a 16-acre garden where we grow native fruit-yielding species of trees and plants. Some native birds even settle here and some come to this garden to pick raw materials for their nests. We have about 16 Pergolas so that tourists can sit and rest in shade.

Three tall watch towers along the sidelines of the sanctuary gives a better view to bird lovers. The boat ride is the main attraction. The Department has just opened a souvenir shop for tourists to take something memorable back home. This shop is a new concept and the Department plans to develop it soon. 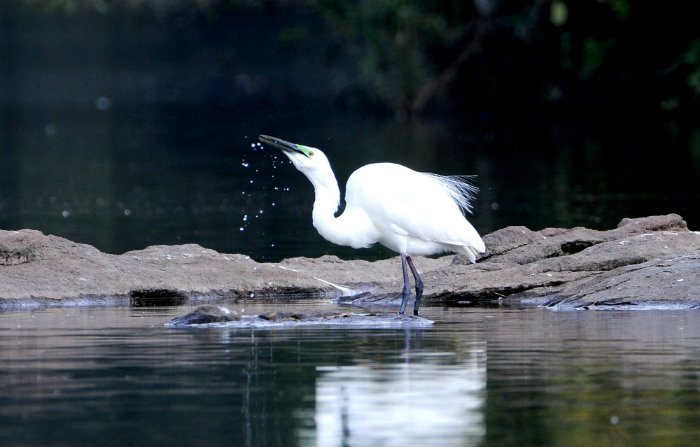 The sanctuary sets a picturesque wildlife habitat right from its entrance. The tall bamboo trees all along the path and various information boards about birds and their names, along with the sight of the magnificent Cauvery nearby gives the sanctuary and awe-inspiring feel.

People love their boating rides as they ferry it to go near the islands and catch a glimpse of the birds in their very own self-made natural habitat filled with liberty. The best time to watch migratory birds is usually December to June but it can vary year on year depending on climatic conditions. 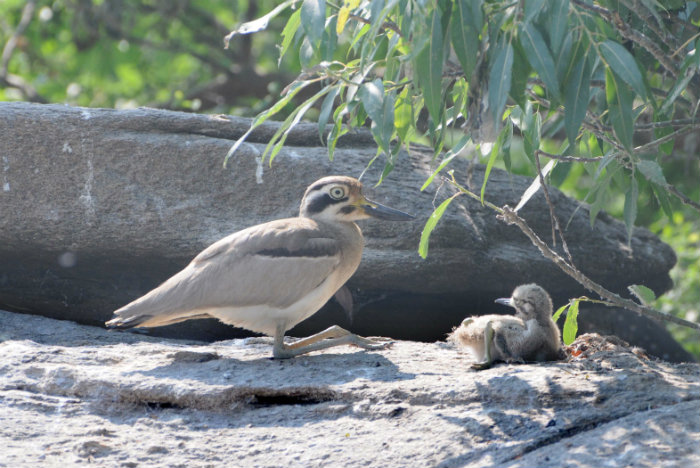 The Great Stone Plover and River Tern also nest here and this is a major attraction for Ornithologists. 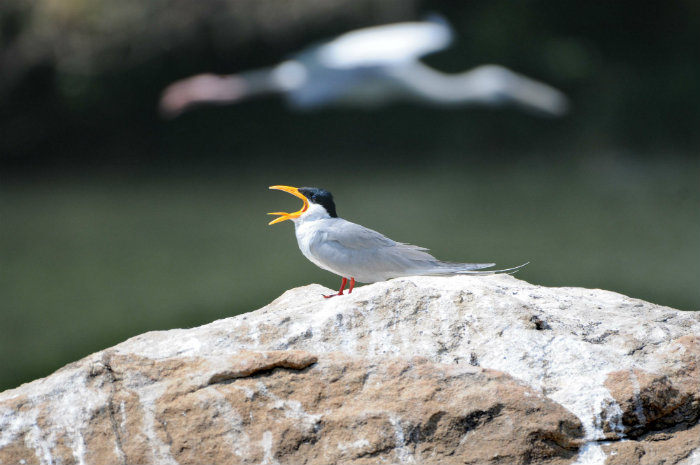 At this sanctuary, dedicated officers like DCF V. Yedukondalu, Range Forest Officer (RFO) Ananya Kumar, Deputy Range Forest Officer (DRFO) Puttamade Gowda, and other employees and boatmen have ensured that this ecologically important wildlife treasure is preserved and the management of it is done base on the scientific lines. 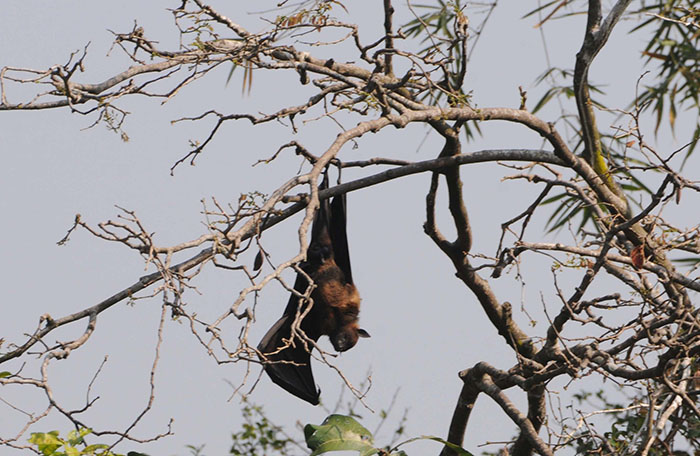 This is definitely a must visit place to any wildlife enthusiast. It can surely bring a change in yourself, once you look at the birds and their nests. And you would be tempted to choose a career in Ornithology.