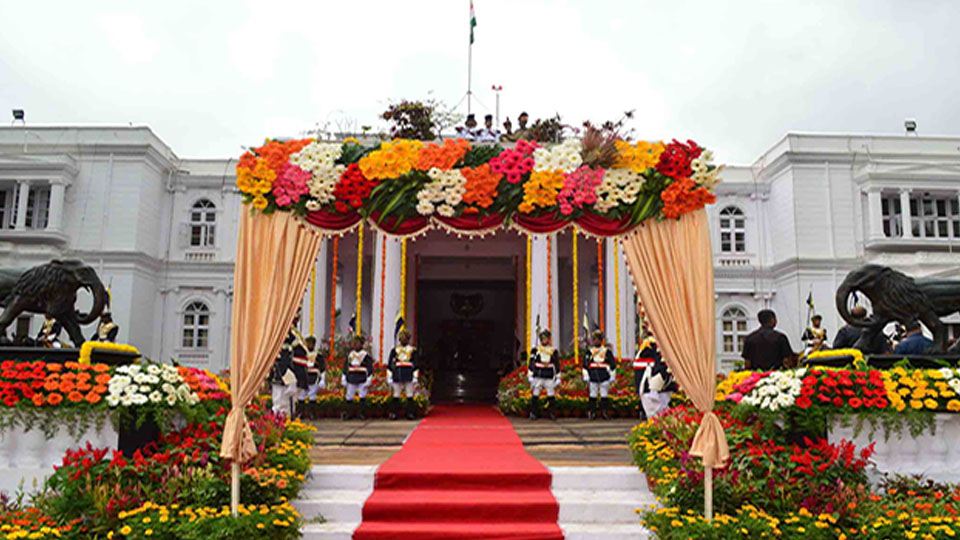 Governor, the word has a grand ring to it. And why not? After all, a Governor lives in a grand manor, dines in grand manner, travels in a grand private jet and graces only grand occasions. No wonder only grand-fathers and grand-mothers become Governors in their grand-old-age.

But, it is also a home where loyalists and powerful leaders are sent away after their relevance in active politics. In fact, a Congress Minister stated on camera that former President Pratibha Patil became the President “by serving well in the kitchen of Sonia Gandhi.” Now Karnataka Governor-Chancellor Vajubhai R. Vala is accused of being loyal to BJP and not democracy.

Also, Raj Bhavans have become protective bunkers for party loyalists who are facing corruption charges. Best example being Sheila Dikshit, who was immediately made Governor of Kerala after she lost the Delhi election. And soon she approached the Delhi High Court for quashing an FIR against her in a graft case, submitting that such proceedings cannot be continued against a Governor. Wah!

Then there are spendthrifts like former Mizoram Governor Kamla Beniwal. It is reported that she cost the State exchequer Rs. 8 crore a year! And often went for private visits in a private jet and made the State pay by calling them “official visit.” By the way, 87-year-old Beniwal was removed from Governorship with barely four months left for her term by the then President Pranab Mukherjee on corruption charges.

Yes, Raj Bhavans have housed the oldest of our leaders, unfortunately, not the tallest. So why are we, the tax-payers, paying for these cunning, manipulative geriatrics when all they have done is make us poorer and our democracy weaker?

Our contemporary history is full of instances of high-handed Governors, appointed by a Union government, turning against popular leaders in the State and destabilising it.

In 1982, Haryana had a Hung-Assembly and Governor G.D. Tapase invited a few MLAs who were defectors and made them join Congress, which then, despite being a minority party formed the government with Bhajan Lal as CM. But interestingly just the previous day Devi Lal had proven majority to him!

In 1984, Congressman and Andhra Governor Ram Lal dismissed N.T. Rama Rao and installed Nadendla Bhaskara Rao as Chief Minister of Andhra Pradesh for 31 days! In 1997, Romesh Bhandari too tried to snatch away Kalyan Singh’s chance of forming a government in UP. This sort of manifestation of a Governor’s discretion has happened in our State too.

But worse of them all has to be ‘Testosterone Tiwari,’ or officially known as N.D. Tiwari, who as a Governor was caught on camera with three reluctant young women rubbing the 83-year-old all over. Congress did nothing, nor did the Women’s Commission. But, what about the law? Well, he was the Governor, so law couldn’t touch him, while he made the young women touch him all over. So, with him Governorship was reduced to not just a ‘safe house’ for the corrupt but also for a pervert.

When Prime Minister Modi came to power he said he believed in ‘minimum government and maximum governance’ and some of us thought he will get rid of this Governorship, an appendix in the Indian democracy, but alas. Guess, Raj Bhavan too has become Marg Darshak Mandal…showing marg only to the Centre.

The 1983 Justice Sarkaria Commission had recommended that “a Governor be a person of eminence, not involved in the local politics of the State to which he or she is sent, and not a politician associated with the ruling party at the Centre, in order to preserve the federal balance.” But why will a Governor care for India’s federal structure when he has got the position by caring more for his party than his country?

READ ALSO  Poll timings extended by an hour, till 6 pm

This begs the question, is it time to retire these retirement homes as Raj Bhavans have turned into ‘Rajakiya Bhavans’ (house of political mischief)?

May be we can get rid of this ceremonial position and let the President handle the responsibility of inviting the political party to form the government and the swearing-in ceremony thereafter. The State’s Higher Education Minister can take the responsibility of the Universities, after all, he is already the Pro-Chancellor.

Thus we can turn the grand retirement homes into museums, art galleries and music centres. At least, the government will earn some money instead of losing money. Will this government do it? Nah! Every government needs an old age home, which is a fulcrum to tilt power.

P.S.: The only qualification to be appointed a Governor is to be an Indian citizen and should have completed 38 years of age. So if the newly-rejuvenated ‘Third Front’ that came together at Kumaraswamy’s oath-taking ceremony manages to collectively beat Modi in 2019 and if Congress does not contribute enough seats, may be they can relegate the self-declared PM candidate Rahul Gandhi to Governorship of Delhi? Just like BJP relegated L.K. Advani to Marg Darshak Mandal?

Also, knowing H.D. Deve Gowda’s family’s political machinations and good luck, Kumaraswamy may very well become the ‘accidental’ PM like his father.  After all, politics is the art of possibilities.