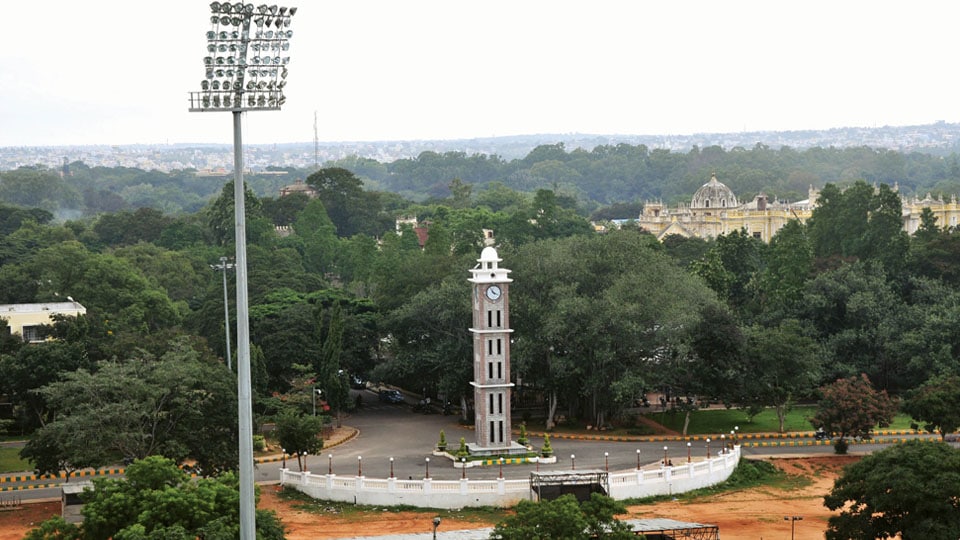 Dr. K.V. Puttappa, popularly known by his pen name Kuvempu, became the 11th Vice-Chancellor of the University of Mysore in 1956 and continued till 1960. Just then the University Grants Commission (UGC) had made it mandatory for Under Graduate and Post Graduate programmes to be conducted in separate campuses. The problem was in finding a suitable place to set up the new campus.

There were 300 acres of land on the outskirts of the city which belonged to Sardar Basavaraj Urs and on which stood the Jayalakshmi Vilas Mansion. 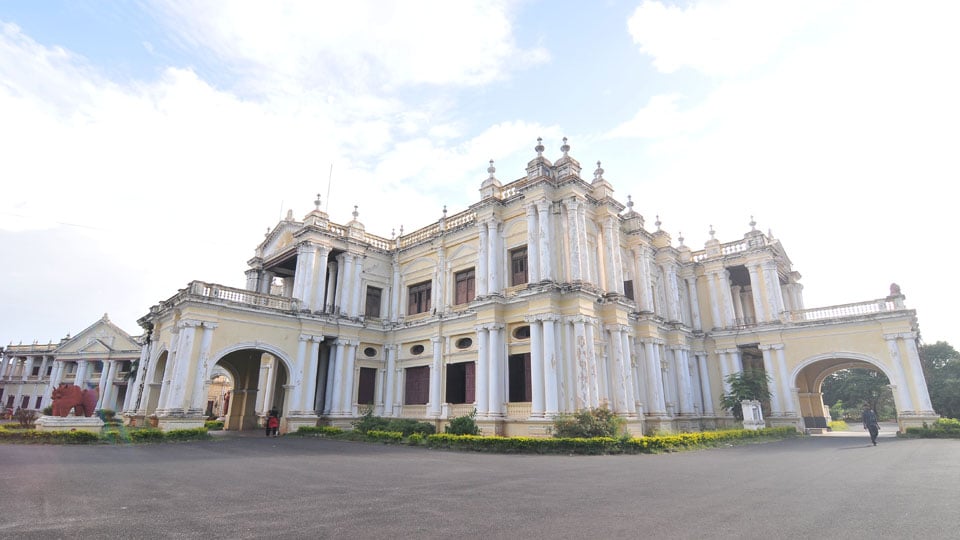 The Jayalakshmi Vilas Mansion in the campus.

Kuvempu approached Sardar Basavaraj Urs, who readily agreed to sell the land as it would be used for educational purpose.

Initially, the Post Graduate classes were conducted in the Mansion itself built in 1905 for the sister of Nalwadi Krisharaja Wadiyar, Maharaja Kumari Srimathi Jayalakshmi Ammani (wife of Sardar Basavaraj Urs).

Till such time, the UGC had not extended any help to University of Mysore because it was not autonomous. It was Kuvempu’s personal influence on the Government that eventually helped in bringing autonomy for the University.

Incidentally UGC Chairman Dr. C.D. Deshmukh came to Mysore and was recuperating from an illness. Dr. Puttappa did not let go of this opportunity. The two of them bonded and a strong rapport was built which later helped the University get assistance from UGC.

Funds were released for the purchase of land, which was used for the construction of Library and Humanities Block on the campus. The new campus was inaugurated by Vice-Chancellor Dr. Puttappa in June 1960. It was a great milestone in the history of the University of Mysore. Kuvempu played an important role in building the new campus which was a part of Vijayashreepura and named it Manasagangothri.

Moving the University to Manasagangothri started a very serious debate whether the bifurcation of Under Graduate and Post Graduate courses was in the best interest of the University or not. There was resentment from both students and faculty. There were many who desired to uphold the dignity and status of Maharaja’s College by maintaining a status quo. But the die was cast, and the reality of a new campus had emerged, recalled Prof. V. K. Natraj, former Director, Madras Institute of Development Studies. The Southern entrance to Manasagangothri with the statue of Kuvempu in sitting posture.

However, despite the initial efforts of Dr. K.V. Puttappa to procure the land for the University campus, it was Prof. N.A. Nikam, the 12th Vice-Chancellor, who was closely associated with Maharaja Jayachamarajendra Wadiyar who was able to finally persuade His Highness to give away the land to the University. Later, inspired by the assurance of UGC Chairman Dr. Deshmukh, he started construction work for Chemistry, Mathematics, Commerce, Zoology, Geology buildings. Apart from these, History, Economics, Political Science and Education courses also started on the new campus with the buildings completed.

4 COMMENTS ON THIS POST To “Poet Laureate Kuvempu and Prof. N. A. Nikam’s role in building Manasagangothri”