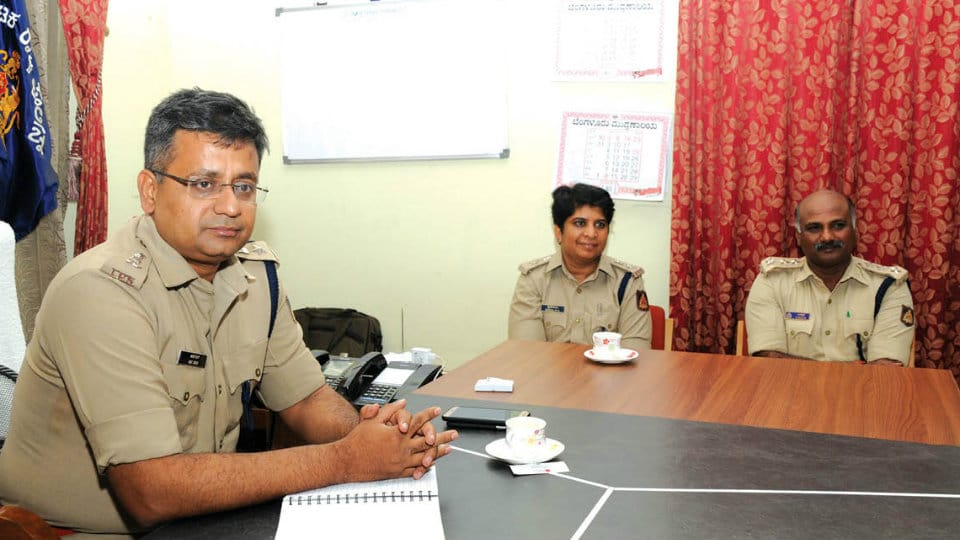 Mysuru:  The Special Police team, which was formed to investigate the death of a minor girl, who was found murdered on Nov.16, have arrested two persons in this connection.

Disclosing this at a press meet at his office this morning, Superintendent of Police (SP) Amith Singh said that following the murder of the minor girl, a case was registered at Nanjangud Rural Police Station and a Special Police team led by Nanjangud Dy.SP C. Mallick was formed to nab the culprits and added that the Special Police Team have arrested Siddaraju and Rajamma of Nanjangud, who are also the relatives of the deceased girl.

Continuing, the SP said that Siddaraju and Rajamma, were having illicit relationship and the minor girl had seen them together. Fearing that the girl would disclose this to others, the two accused strangulated the girl to death when the girl was alone at her home on Nov.16 between 9.30 am and 10 am.

The deceased girl’s sisters had gone to school and her parents, who are labourers, had gone to work. Seeing that the girl was alone at home, the two accused murdered the girl. Though Siddaraju and Rajamma are married to different people, they were having illicit relationship, the SP said.

He further said that the murder came to light when the deceased girl’s sisters came home after school and on seeing the lifeless body of their sister, they informed their parents, who rushed home. The father suspecting that his daughter was raped before being murdered had lodged a complaint, the SP added.

The SP said that the accused would be produced before a Court today and the Police will seek custody of the accused for further interrogation.

He said that a clear picture on how the girl was killed and whether she was raped would be known only after receiving the post-mortem report in a week’s time.