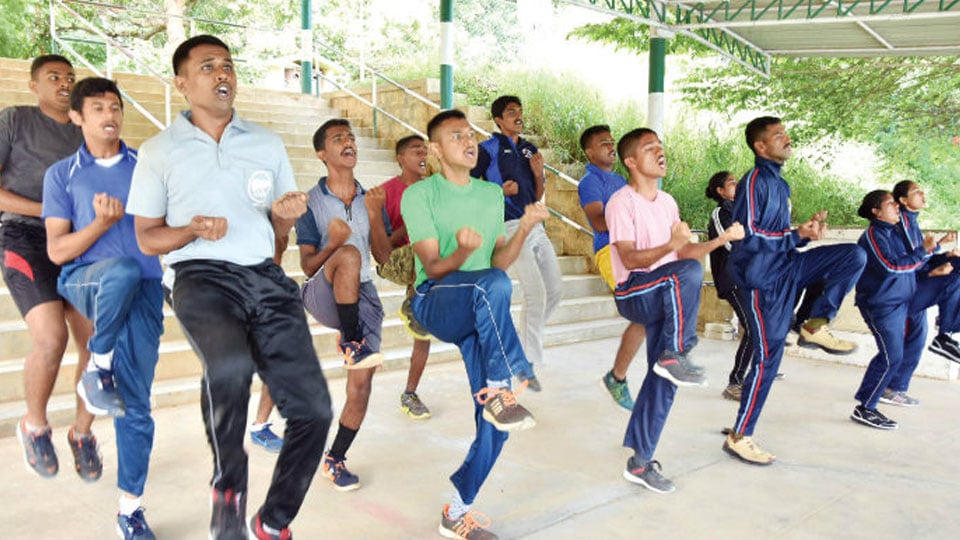 Mysore/Mysuru: With rapid strides in making NCC (National Cadet Corps) attractive and to absorb the best talent, NCC  has now opened forays for its cadets to choose NCC as an elective subject.

The path-breaking move, hailed unanimously as being futuristic, will immensely benefit the cadets including those from Coastal Areas where additional cadet strength has been authorised as part of the overall Border Areas Expansion Plan.

The venture is based on the guidelines issued by the University Grants Commission (UGC) to the Vice-Chancellors (VCs) of all Universities on Apr.15, 2021 for introduction of NCC as General Elective Credit Course (GECC) in response to the proposal mooted by the Directorate General, National Cadet Corps, New Delhi.

The Vice-Chancellors have also been asked by the UGC to contact the State Officers of NCC Directorates for further information on the subject matter.  This will offer a major advantage to the cadets, especially those appearing in B and C Certificate Examinations which is awarded after stipulated training period  of two to five years.

These Certificates offer several privileges ranging from reservation in admissions to institutions of higher learning and getting jobs in Government as well as private sector.

The move has far-reaching ramifications and is in consonance with the National Education Policy-2020 (NEP-2020) wherein students can select their choices of subjects rather than being confined to only those being offered by the institutions. It aims to make learning more holistic and skill-oriented eventually facilitating career prospects.  Pertinently, on successful completion of the course, the students are awarded credit points which will enable them to qualify for their respective degrees.

The proposed implementation, which is being planned from the forthcoming academic session, has evoked positive response from the State Governments and is being viewed as a visionary step in the right direction. It will add to the appeal of the largest uniformed forces which has contributed immeasurably to nation-building since 1948.