Home » News » Natural calamities cannot be stopped but there are ways to escape from them: Expert 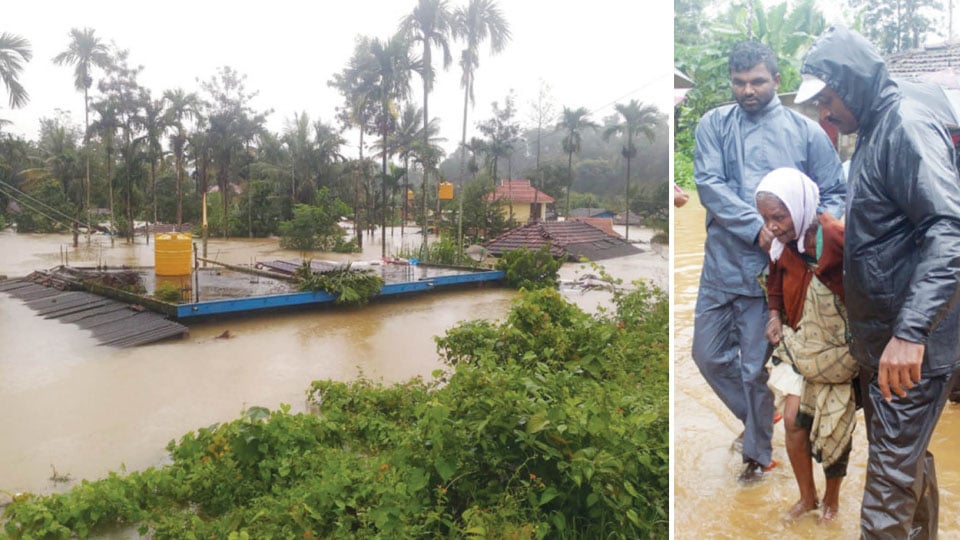 Natural calamities cannot be stopped but there are ways to escape from them: Expert

Mysuru:  University of Mysore (UoM) Department of Studies in Earth Science retired faculty Prof. A. Balasubramanian has said that although natural calamities cannot be stopped from happening, there are ways to escape from them, by taking certain measures.

Giving some useful tips on saving ourselves from natural disasters, Prof. Balasubramanian said that construction of Flood Safety Towers (FST) near houses, temples and other human settlements will help in saving lives whenever there is a flood.

Underlining the need for the construction of FSTs on the lines of ‘Watch Towers,’ at all flood-prone areas, he said that the FSTs must be of 20 ft height with a square shape, with a roof.

Pointing out that all FSTs must have steps and a fencing around them, Prof. Balasubramanian said that people can save themselves from the gushing waters by climbing the FST.

Noting that it takes time for NDRF (National Disaster Regions Force) personnel to reach the trapped flood victims, he said that the victims can take refuge at these FSTs until the NDRF reaches them.

Maintaining that the construction of FSTs is not expensive, Prof. Balasubramanian said that while the FSTs act as life savers during floods, it may also attract tourists during normal situations.

Stressing on the need for setting up an Expert Panel comprising Geologists, Water Scientists and Engineers, for carrying out a comprehensive study on flood fallout, he said that the Panel should conduct studies on whether the flooded areas are fit for human dwellings, the status of the already built houses and such other issues.

Observing that Western Ghats districts were the worst affected by floods, he said that every river basin and valley will have their flood perimeter and it is important to study the pervasiveness of floods when it rains for 15, 30 or 45 days.

Emphasising on the need to evacuate people living in the flood perimeters much before the rains play havoc, Prof. Balasubramanian warned of disasters happening in the future too.

Continuing, he said that climate change is the main reason for natural calamities. Opining that climate change has to be blamed for 2 to 7 times the normal rainfall recorded in the past five decades, he claimed that the authorities were appealed to install sirens for warning the public against heavy rainfall. But that has not been done, he regretted.

Stating that local teams must also be trained in handling floods and other calamities, he said that such trained local teams can immediately take up rescue and rehabilitations until the NDRF teams arrive at the spot.

Emphasising on the need for training NCC, NSS students on handling emergency situation, he alleged that official apathy has hit training of local teams.

He wanted the Government to wake up at least now and seriously consider training of local teams on disaster management.

Meanwhile, several Geologists have regretted the failure of the authorities to take preventive measures to tackle floods. Maintaining that a thick layer of Earth was responsible for landslips and landslides, they said that most parts of Kodagu district were covered by Red soil of more than 10 metre thickness.

Stating that heavy rainfall will result in these thick soil covers getting weightier and collapsing, they said that it is not advisable to build houses in such areas.

Emphasising that construction practices in Kodagu needed a re-look in general, they said that a strong foundation and pillars from the ground level hold key for ensuring the stability of houses.

Underlining the need for the houses to have a very strong foundation and reinforcements with concrete pillars, the Geologists demanded action against officials who gave licenses for construction of buildings without bothering to look into the technical aspects.

Cautioning that natural disasters may happen in Kodagu in alternate years, they urged the Government to find a permanent solution to the flood woes of the district.