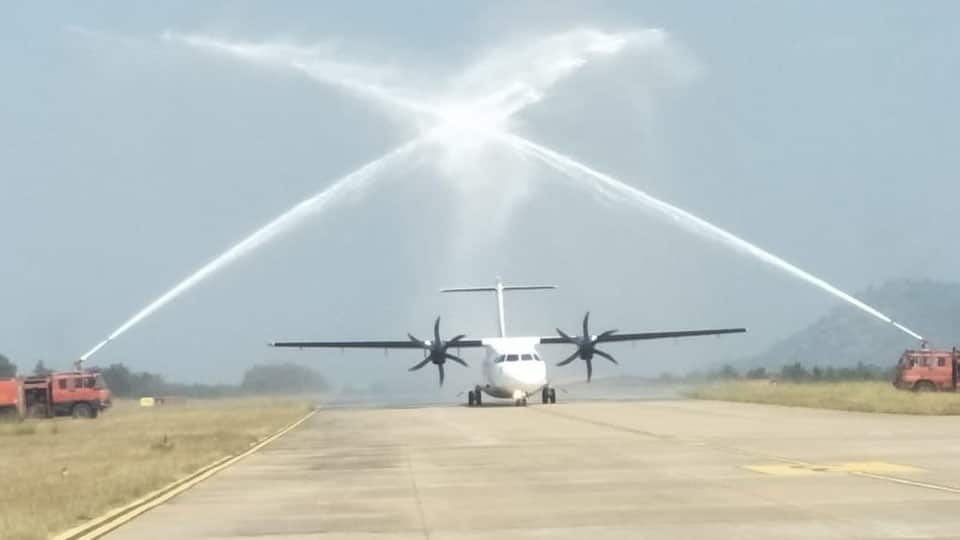 Mysuru/Mysore: The new daily flight to Belagavi was inaugurated this morning and the plane is operated by TruJet. It will be a flight between Chennai-Mysuru and Belagavi. With the new flight, the Mysore Airport is presently handling eight flights and 16 routes including Hyderabad, Bengaluru, Kalaburagi, Goa and Chennai. The Kochi flight has been grounded as works on upgrading the Cochin International Airport is on and will be completed by March this year when the flight services will resume. Then, the total flights operated from Mysuru will touch nine.

Airport Director Manjunath said that talks are on with several airlines including TruJet, Indigo and Air Alliance inviting them to operate flights to Mangaluru, Chennai via Coimbatore and also between Mysuru and Tirupati. A daily flight to Shirdi is facing some problems in weather, he added.

He said that all the flights operating from Mysuru had 85 percent occupancy. “We are planning to introduce a Flybus to Ooty and Kodagu and we are in talks with the KSRTC to operate the bus service from the Airport. Also, the city to Airport service is doing well,” he added.

Fares range from Rs. 20 to Rs. 100 at various stages. Fares are inclusive of 5 percent GST.