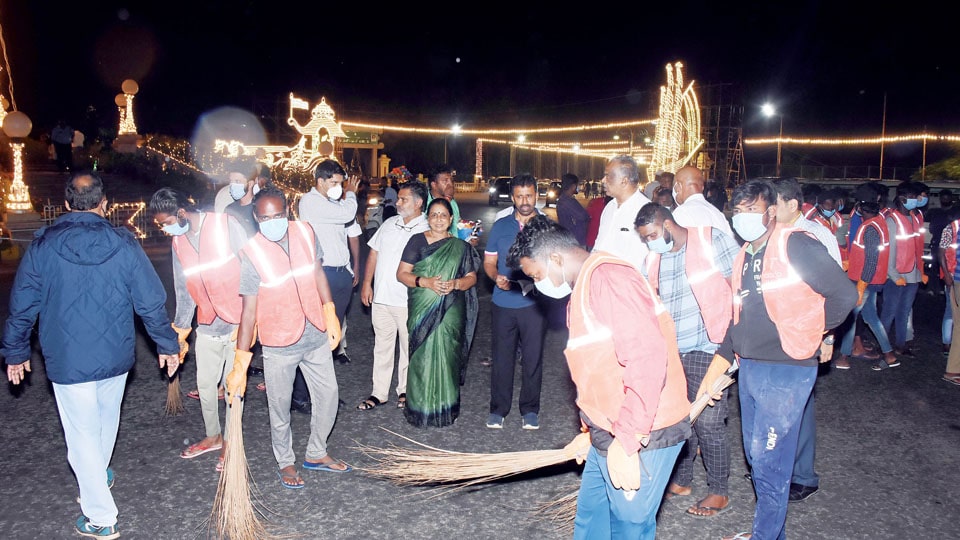 Speaking on the occasion, the Mayor said that lakhs of tourists from across the country will be arriving daily to city to look at the illuminated Mysore Palace, prominent roads and buildings and to witness cultural events.

She further said that taking up the cleaning drive during night will reduce the workload during morning hours as the density of traffic will be high due to Dasara. Till the Dasara festivities end, the work of maintaining cleanliness of roads and circles has been outsourced and 80 cleaning staff have been deployed, the Mayor added. Just like MCC Pourakarmikas, who indulge in cleaning works from morning to evening, cleaning drive is also being undertaken at night times too, Mayor Sunanda said.