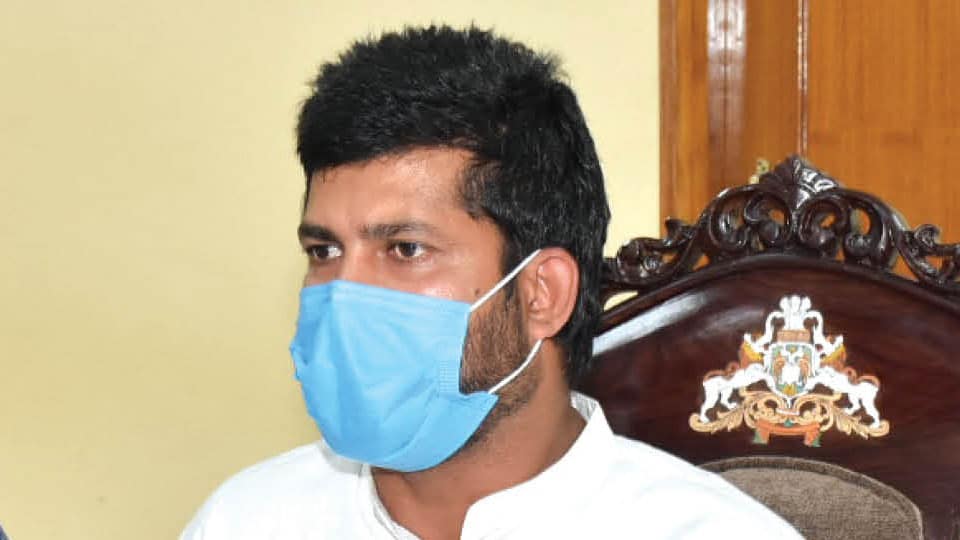 Mysore/Mysuru: Amidst widespread speculations and reports that former Deputy Commissioner Rohini Sindhuri was transferred out of Mysuru due to political pressure, Mysuru-Kodagu MP Pratap Simha has claimed that there was no political angle to the story.

“Though the transfer has resulted out of the clash between two IAS Officers, it is quite natural that politicians are suspected to have a role in this. In fact, former DC Sharath was transferred out of Mysuru in just 28 days. He has approached the High Court as he did not get 2 years to serve in one place. Rohini Sindhuri came in Sharath’s place. When she was the Hassan DC even she had approached Court and had obtained a stay to her transfer thrice,” Simha noted.

“Sharath had questioned in the Court why Rohini did not remember her transfer episode in Hassan when he (Sharath) was transferred out of Mysuru in just 28 days. The case will be decided in the High Court today (June 7) as the Judges have given enough time for the Government to decide on Sharath’s case,” the MP said.

The Government has transferred Rohini Sindhuri out of Mysuru in a tearing hurry before the High Court decided on the case and there is nothing beyond this behind the transfer episode. “People need not smell a political role in the transfers. Moreover, as Mysuru DC, Rohini Sindhuri had eight long months to detect land mafia and take action against it,” he said.  “The least Rohini Sindhuri could have done was to release the land deal documents by real estate mafia,” Pratap Simha added.

2 COMMENTS ON THIS POST To “No political angle to DC’s transfer story, claims MP”