Home » Columns » Abracadabra By K. B. Ganapathy » Nostalgically Speaking — 11: Kempaiah IPS: Officer Who Made A Difference-1 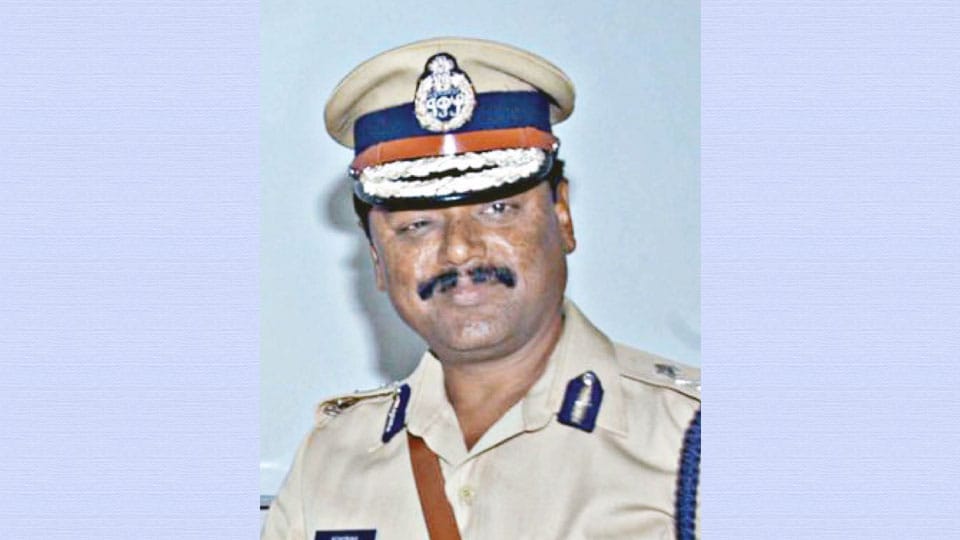 Nostalgically Speaking — 11: Kempaiah IPS: Officer Who Made A Difference-1

While writing about L. Revannasiddaiah IPS, who was SP in Mysore District, I had said that I would be writing about another IPS Officer in this series whom I know, Kempaiah. Here I am recalling his days in Mysore and the invaluable service he rendered to the Police Department.

It was he and he alone who provided absolute infrastructure to City Police Department which was collapsing at that time being neglected for many years in the past. Police Stations were of many decades old, without any maintenance, some were highly dilapidated and even dangerous to be used so much so the neglect could be seen looking at the partially collapsed compound walls and the peeling of plaster from the walls and the ceiling. The Devaraja Police Station housed in the Northern Wing of the Devaraja Market upstairs partially collapsed and had to be shifted to Dhanvanthri Road inside K.R. Hospital. He also radically changed the very character of Policing like Revannasiddaiah and another unassuming Police Commissioner H.R. Kasturirangan.

While writing about Revannasiddaiah I had also written, in a context, that how I learnt my first business management lesson. I had described it as, “If the Boss means business, business is done.” Police down the hierarchy, down the line of order, will deliver when they know the Boss, IPS Officer, means business and expects results. Kempaiah was one such Officer who always meant business.

Kempaiah’s fame as a Tough Police Officer had preceded his arrival here in August 1996 and we were happy. One reason for his fame was, of course, his role in arresting the prime accused in the Rajiv Gandhi murder case Sivarasan in Konanakunte outside Bengaluru. I learn a movie was made about Kempaiah IPS in Kannada though I have not seen it. However, it was proof for his popularity among the masses. No wonder the Government put him in charge of STF set up to catch the notorious sandalwood smuggler and elephant poacher Veerappan who later turned a kidnapper to extort ransom, operating in MM Hills area.

It was reported that Kempaiah was on his track about to get the brigand but was transferred! However, it was of great credit to Kempaiah’s labour in STF that the then Chief Minister of Tamil Nadu J. Jayalalithaa praised Kempaiah for his good work in STF in an interview with the BBC. A testimony par excellence for any Police Officer.

Since I have too much to recall Kempaiah’s service nostalgically, I will have this column published in two or three parts. This first part will narrate his service as a Police Commissioner from Aug. 1996 to Dec. 1999.

There are very few officers in IAS and IPS who really make a difference. Who are not just Government Servants, in the sense the colonial rulers considered them, but Social Servants. Amongst such few noble, ‘seva-minded’ bureaucrats, I include Kempaiah as one good shining example. He was as much a Government Servant as he was the Servant of the People. That is the reason why no matter where he was posted he bloomed and spread his fragrance. He indeed left his footprints on the sands of time by his honest, non-compromising, most committed Government service and social service activities. Yes, he went beyond the call of his official duty.

As a journalist, I have seen him discharging his duties as the Police Commissioner of Mysore. A very modest and soft-spoken person, almost self-effacing in public, but a man of steel when it came to administering his department and supervising his personnel. He was unobtrusive in his Command-Control methods, while at the same time, won the goodwill of his subordinate officers. Naturally, his orders, many times like requests (!), worked as a motivating mantra for his officers and men.

Kempaiah was also deeply concerned with the welfare of his men in uniform. No wonder he was the brain behind the Police Bhavan, off Lalitha Mahal Palace Road, which stands today like a living monument for his administrative ability and vision. What motivated him to undertake such a daunting construction work costing a huge amount?

This was what he told me: “Our men, constables specially, can’t afford the high rental of Kalyana Mantaps though like all parents they too wish to celebrate their children’s wedding in a good Kalyana Mantap. Why not we have our own with money raised according to a plan I have envisaged?” Despite objection from an NGO about its earlier location, which in my opinion was justified, he succeeded by shifting it to the present location.

But then, sometimes what we do as public service seems to be a thankless job with envious people around anxious to run away with the credit which in fact is due to someone else. I understand, this has happened in the case of Kempaiah too. I am told that while the Police Bhavan was under construction, at the stage of completion, Kempaiah was transferred abruptly under S.M. Krishna’s new dispensation. The building was later completed and was inaugurated too but Kempaiah was conspicuous by his absence at the function. I do not know if he voluntarily absented himself from the function or he was not invited or more correctly not properly invited.

Whatever it is, I am told that at the function the chief guest Mallikarjun Kharge, the then Home Minister, was sent a slip by a member of the audience asking him to recognise the service of Kempaiah and also that of late K.S. Thammaiah (then Dy.SP Nanjangud) who worked like a maestri supervising the work, by mentioning their names. Of course, Kharge was kind enough to do so. Let it be.

Our city, however, indeed owes a debt of gratitude to this officer for too many reasons. Of course, the first and foremost was for doing the job well for which he was appointed — Policing.  But apart from his basic responsibilities, Kempaiah has served our city in many other ways both departmentally and socially. It is indeed difficult for me to enumerate every one of them, as I am not really in the know of what Kempaiah was doing. But then, certain achievements and contributions that were visible should be mentioned here.