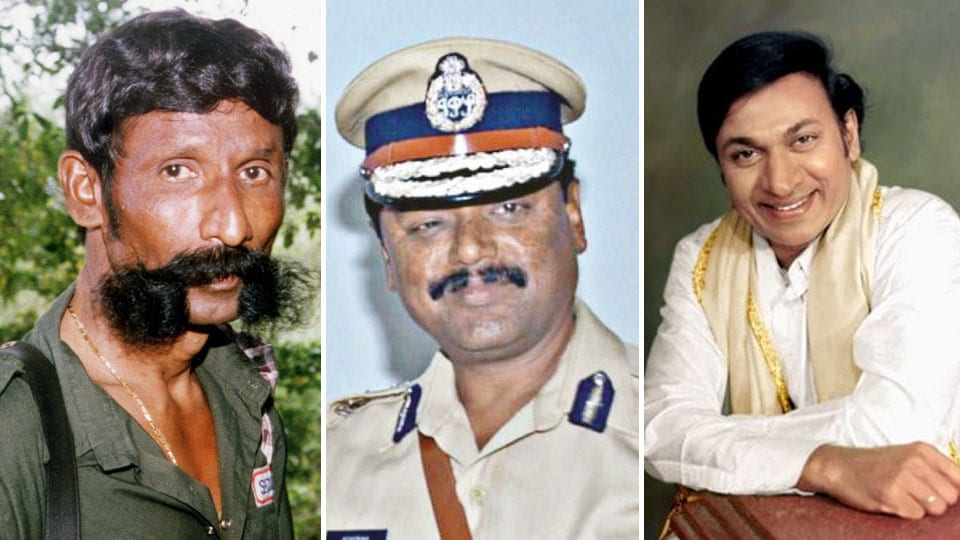 KBG’s piece under Nostalgically Speaking-11 on IPS Officer Kempaiah is spot-on (SOM dated Sept. 27, Oct. 4, Oct. 11,  2020). There is simply no match to former Commissioner of Police Kempaiah for sheer resourcefulness and dynamism. And, he richly deserves the praise lavished by K.B. Ganapathy. Undoubtedly, Kempaiah endeared himself to the public as well as his subordinates down the line with his compassionate attitude towards the latter.

The Police Bhavan and the Police Public School that he established stand as two of the monuments of benevolence erected by this enterprising cop; the renovation of a large number of old Police Stations, which were in a hopelessly dingy condition, that he undertook bring out the constructive side of his dynamic personality.

Few people, however, know that Kempaiah not only had an incredible proximity with the family of matinee idol Dr. Rajkumar but that he had actually emerged as a self-appointed trouble- shooter, if not an actual rescuer, during the hostage crisis.

As a matter of fact, the affinity between the matinee idol and the supercop had a spill-over effect on my father’s quest for justice following the hostage crisis when the cine-actor was abducted along with 8 others by forest brigand Veerappan in August 2000. As the high-voltage drama unfolded and when the Government of Karnataka readily yielded to the blackmail tactics and demands of the bandit to swap the 51 dreaded TADA detenues of his gang (who were charged with heinous crimes of sandalwood smuggling and murder of dozens of Police officials, including my brother Shakeel Ahmed and Harikrishna (key figures of the STF), my father Abdul Kareem (now deceased), was impelled to challenge the decision of the Special TADA Court, Mysore, of allowing the Special Public Prosecutor’s application to withdraw from the prosecution of the TADA cases and also to grant them bail, before the Supreme Court of India which granted an interim stay against the impugned order. This raised the political temperature in Karnataka phenomenally.

Our legal counsel in New Delhi had asked for some key documents to be produced before the Apex Court on the 1st of September 2000 at the next hearing that was crucial to my father’s Special Leave Petition.

Meanwhile, Kempaiah, who was then serving as the DIG of Police, KSRP, Bangalore, had been trying to get in touch with my father at the behest of Parvathamma Rajkumar to persuade my father to withdraw his PIL which was delaying the release of the hostages but put them in jeopardy. Unknown to us, however, a rendezvous had already been fixed up with Parvathamma by Kempaiah at the actor’s Farm House near Bidadi on the Mysore-Bangalore Road.

When my father was travelling with me and our local lawyers Umesh and Manjunath to the Bangalore Airport in a taxi en route to New Delhi in the afternoon of Aug. 31 for handing over the documents to our legal counsel for next day’s hearing, a dark-grey coloured Ambassador car abruptly approached our car from behind and then came abreast of us after we had crossed Ramanagaram town. The occupants of the car who were dressed in plainclothes then started shouting at our driver gesticulating him to stop the car. What played out for the next 20 minutes or so was something similar to a sizzling car chase scene straight out of a Bollywood movie.

It was a heart-pounding scene for us as the cars seemed to be almost on the verge of a lateral collision off and on ! Clearly, Kempaiah’s overzealous men had exceeded their brief. In the meantime, they shouted at us at the top of their voice, “Sir, … DIG Kempaiah wants to meet you… Follow us to Bidadi Farm House…” They kept repeating the instructions which were ignored by our driver as father thundered at our driver to accelerate the car and to not stop it until we had reached the Airport since we were running out of time to catch the evening Indian Airline flight to the national capital.

In no time our car buzzed to life again like angry hornets and gathered momentum and raced ahead of the chasing car, leaving our pursuers completely surprised. Not to be outdone, however, they again began to drive at a break-neck speed and tried to overtake and stop us but in vain as our driver kept driving relentlessly till we got into the Airport. Realising the futility of the chase, they gave it up somewhere after Kengeri Gate. However, I shall never forget this nerve-wracking, once in a lifetime experience !

The next morning we met our legal counsel and handed over the documents to the legal counsel and the Top Court ordered an absolute stay on the unjust TADA Court decision, of course, the rest is history! Our lawyers wanted the nerve-wracking hot pursuit reported to the Top Court through our counsel as an attempt at obstruction of justice but I asked them not to press it as I understood that it was Kempaiah’s love of Rajkumar which had prompted him to pressurise my father in the midst of a crisis. And in any case, we had thwarted their efforts to intercept our journey to justice. Therefore there was no need to make an issue of it.

However, Kempaiah’s efforts to persuade my father to drop the PIL did not cease even after we went ahead successfully with our litigation work in Delhi. It is a measure of Kempaiah’s commitment to the matinee idol’s family that he took my father personally along with him to the Farm House at Bidadi later on in order to meet Parvathamma who was concerned about the danger to Dr. Rajkumar’s life after the turn of events. She continued to appeal to my father to retract his writ-petition,  but determined to take the case to its logical conclusion, my father remained unmoved though he had a lot of regard and soft corner for the actor. With uncanny foresight, father reassured her that no harm would come to Rajkumar and that he would be released by the bandit in the foreseeable future. And sure enough, he was released, body and soul intact !

I don’t know what was the basis of my father’s optimism but he stood completely vindicated as his legal campaign had a dream conclusion: He won the legal battle fair and square and Dr. Rajkumar too came out safe despite Veerappan’s major demand to swap the hardcore detainees with the hostages being rejected completely by the Apex Court. What more could a fighter for justice ask for?

But, the car chase episode which had somehow remained mysteriously under wraps during the hostage and beyond that for so long suddenly became a vexed issue next year when Kempaiah’s name was doing the rounds as the new STF Chief of Karnataka. Many eyebrows were raised in various quarters following father’s objections to it in public. Nevertheless, the Government cleared his appointment and Kempaiah went ahead with the task with gusto.

In the middle of the STF Operations, Kempaiah even took father by surprise, when he sent one of his Police Inspectors to father requesting him to address a press conference and asking the Government to desist from political interference with the STF operations. It was in strict confidence  and, interestingly, my father readily obliged Kempaiah by sending out a strong message against interference that would hamper the combing operations led by Kempaiah. It was really good as it marked a restoration of the credibility of the STF as far as the general public was concerned. Surprisingly, Kempaiah was abruptly shifted from the STF within a short time of his posting when some political heavyweights landed in Police custody.

Kempaiah may not have got his man (Veerappan) but what if? He never let down or betrayed his juniors engaged in the challenging task of catching the forest brigand. It was again sometime in 2006 while working as IGP (Southern Range) that Kempaiah once sent a team of Police Officers from his office and the office of the Police Commissioner to father, this time for a change, seeking a suitable portrait of Shakeel for the proposed memorial (statue) of Shakeel and Harikrishna, then originally proposed to be installed near the IGP’s Office Circle in Jalpuri. While thanking Kempaiah for his appreciation of Shakeel’s services to the STF and the Police Department, father did not give his consent to the proposed statue of Shakeel as it is considered un-Islamic and therefore it would be fine if instead they got Shakeel’s name inscribed on the Martyrs’ Memorial. This goes to show Kempaiah’s regard and affection for his illustrious subordinates.

I therefore join KBG and the Star of Mysore in paying tributes to this outstanding IPS Officer who indeed made a difference to Mysore city.

Note: I have personally met the then Sub-Inspector of Saraswathipuram, Shakeel Ahmed, at the Police Station, close to our Printing Press, and he was already a much admired Officer. Very strict and disciplined. One day at 11 am my reporter came with the news that about 50 people were in the Police Station in connection with some group clash. In the meanwhile, a politician telephoned and ‘ordered’ the release of these people. This apparently upset the young Police Officer, who told ‘not to interfere.’ Surprisingly, soon the politician was there personally at the Police Station engaged in arguments. It was then, I went there to be the “eyes and ears” of my readers. Well, there was utter confusion and talk of arresting the politician who dared the officer to arrest him. Somehow the situation was defused.

I have also met this Officer’s father Abdul Kareem, I think a retired Dy.SP in his Yadavagiri house. A fine gentleman to the finger tips. He used to regularly interact with ‘SOM’ News  Editor late M.R. Shivanna and hence, I was eager to see this ‘man of principles,’ specially a Police Officer who had lost his young son at the hands of the forest brigand Veerappan, personally and talk to him. I got the feeling he must have been a role model for a good Police Officer. And not surprisingly I found his son Sub-Inspector Shakeel Ahmed as true chip off the old block. —KBG