Home » Columns » Abracadabra By K. B. Ganapathy » Nostalgically Speaking — 11: Kempaiah IPS – Officer Who Made A Difference-3 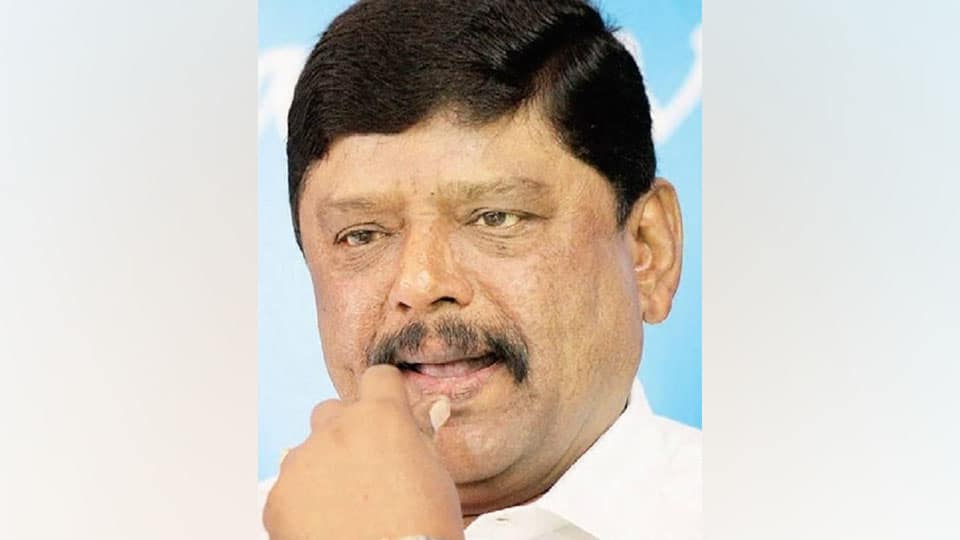 Nostalgically Speaking — 11: Kempaiah IPS – Officer Who Made A Difference-3

Just a year back I had been  to Sri Lanka with a group of journalists and had stayed overnight at a Resort which was hidden underneath a mountain. You would know there was a huge Resort only when you enter a cave-like opening. On return when I mentioned it to a Hotelier friend of mine, he asked me to find a similar place and location. As a result I was able to identify a place near Uthanahalli, about 20-25 acres, I was told, known as Horse-shoe Valley to the North-East of the Chamundi Hill. When we went there we saw a Valley open to the main tar road with the slope of the hill all around. Anyway, there seemed too many claimants for that land and my friend said no.

While talking to Kempaiah I remembered that land, Horse-shoe Valley, and mentioned it to him. To my utter surprise Kempaiah stopped walking and like a typical Police Officer ‘ordered’, ‘let us go there now. After all we are in Uthanahalli.’ How could I defy an IGP? So we all got into the van and Kempaiah asked me to guide the driver. I got a bit nervous because, after all, I had seen that place only once and an year ago. I honestly expressed my apprehension to him and, like a gentlemen he is, he did not mind.

After criss-crossing the narrow village road we got into the free-zone. To our left was the agricultural flat-land and to our right was the imposing Chamundi Hill. Actually we overshot the place but I managed to identify the place after going back and forth. I thought I might be irritating the IGP. But no. He was a cool person, had so much of patience for a Police Officer. The vehicle was parked in the middle of the deserted road, men jumped out so also Kempaiah and myself. I told him, “This is the land. About 20 acres…” Before I could complete he got on to a culvert saying, “Here we go” and jumped into the forest land in great bravado. As his men followed him, holding their walkie-talkie in hand, I also joined him rather reluctantly. It was a land thick with vegetation and some tall trees. I was thinking of possible presence of leopards — cheetah — found commonly in the hill and mentioned it in passing. But he was a dare-devil kind I guessed. Anyway, when we returned, we found a group of about 20 people waiting near the vehicle out of curiosity. Kempaiah engaged them in a conversation and mentioned the purpose of his inspection of the land.

Lo and behold, they said the land belonged to some people in the village etc. Kempaiah, without wasting time asked them to visit his office with documents the next day and we left. On the way he asked how that land got the name, Horse-shoe Valley. Yes, I too was curious and had asked the Village Accountant the same question. He had told me that it was an English man who had surveyed the Hill and he might have named it as the shape of the land is like a horse-shoe. Kempaiah smiled, satisfied by my answer!

READ ALSO  Cardiologist Dr. C.N. Manjunath: A visionary and a role-model of an Indian — 2

After about two or three months Kempaiah called me to his office. When I went I found him inspecting the electric line passing behind his office building (SP’s Office too was and is in the same building). Then he discovered the high-tension main-line passing in front close to that imposing building and decided to shift it. Imagine, it needed an officer like Kempaiah to do this and none of his predecessors even thought of it for decades. He did not wait for this job to be done. Then and there he called the Superintending Engineer of KEB who came in just 20 minutes to the spot! The job was done soon after. As I said earlier, ‘If the boss means business, business is done’. Kempaiah always meant business.

Later we went to the place where the Police Public School is located on Mahadevapura Main Road (Azeez Sait Road), Jalapuri. I asked him whatever happened to that Horse-shoe Valley property and he said all the documents were fake and he forgot about it. This land, he said, was in fact belonged to the Police Estate given by the Maharaja. However, since it was unused, it was encroached by land mafia. Yes it was, an area of about 21 acres. Fake khata, fake documents were created and but for an officer of the capability and patriotism like Kempaiah it would not have been reclaimed for the Police at all.

Be that as it may, Kempaiah ultimately took possession of the land and set up Karnataka State Police Welfare and Education Trust (KSPWET) in 2004 with himself, the IGP Southern Range, as the first Hon. President. To my utter surprise Kempaiah requested me to be one of the Trustees of this Trust. I protested, but he would not listen. Probably this was his way of acknowledging or rewarding me (!?) for giving him the idea for the Police Public School when we had met on our morning walk in September 2004. What a noble gesture. He must have extended this kind of gesture to many. God indeed “fulfills himself” in many subtle ways, a poet said. No wonder when Siddharamaiah became the Chief Minister he appointed Kempaiah as Adviser with a Cabinet rank. Probably a noble gesture from Siddharamaiah.

There is a saying which all enterprising, dynamic persons practice. It is, “What you must do tomorrow, do it today and what you must do today, do it now.” Kempaiah is a classic example to validate this precept. The building construction for the school started with right earnest in 2005, architect’s plan was ready, contractor was hired, he himself raised donation (he is a past master in raising donation for all his public works). But he was transferred as IGP in October 2005. Fortunately we got a very good IGP as his successor in Dr. Harshavardhan Raju, who supported the cause of the school. But he was transferred in 2006. Thereafter the meeting was not called for some months! But the school by then had gradually grown and well managed by an experienced and able Principal Mrs. Usha Rao. It was only when J.V. Gaonkar IPS became the IGP the school activities got a shot in the arm — we management members even went to Kushalnagar in Kodagu to see the Sainik School to develop our school on those lines.

In the meanwhile, the Trustees made sure Kempaiah is somehow brought into the Trust. The non-official Trustees like me offered to quit to take in Kempaiah. And it was done. There was time when we the Trustees felt deeply the absence of Kempaiah in the meeting. Now, on becoming the Adviser to CM he once again managed to get an infrastructural funding to the tune of Rs. 38 crore from the Government of Karnataka and made his dream project as one of the best Public Schools in the city.

Thanks to Kempaiah IPS. It is my opinion that a biography of Kempaiah as a Police Officer and his service to the society at large, against all odds, must be produced as a guide to youngsters who enter Government service. Now, let me conclude with these words of poet H.W. Longfellow which applies to Kempaiah in a very large measure:

Lives of great men all remind us

We can make our lives sublime,

And, departing, leave behind us

Footprints on the sands of time.