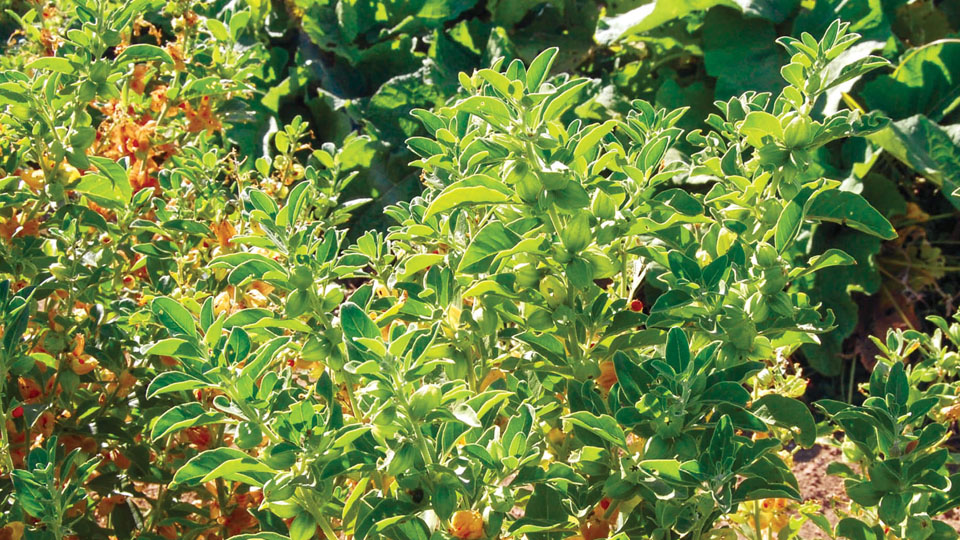 In the current Corona pandemic situation, herbal concoction are gaining importance as more and more practitioners of herbal medicine are prescribing them for boosting immunity and to keep mental health in good condition. Usage of herbs and spices for enhancing immunity and to suppress mental depression are not new. Among these, ‘Ashwagandha’ finds its importance as a household remedy, especially its root powder as the best nerve tonic for old people and children and aphrodisiac for the young. It has been a prized top notch adaptogenic (to resist all kinds of stress) tonic for centuries in India. It is also known as Indian Ginseng as it compares well with Siberian and Panax Ginseng  in its stress-relieving properties. Even the Ministry of Health has recommended ‘Ashwagandha’ to strengthen the immune system and mental well-being of patients recovered from Corona illness as one of the AYUSH medicines.

The name ‘Ashwagandha’ is derived from Sanskrit word ‘Ashva,’ meaning horse and ‘gandh’ denoting smell referring to the horse-like odour emanating from its root. Its scientific name is Withania somnifera, a plant in the Solanaceae (Tomato family). Withania is named after Henry Witham, an English palaeobotanist of the early 19th century. The species name somnifera denotes “sleep-inducing” in Latin.

‘Ashwagandha’ is a short and tender suffruticose shrub (woody and perennial at the base but remaining herbaceous above) with ascending branches extending  radially from a central stem. Shoots are stellate-tomentose (star-shaped hairs densely matted). Leaves are dull green, 4-5 inches long; elliptic-ovate to broadly ovate, acute; margin entire to repand (slightly undulating).

It is propagated by seeds. Sow the seeds 2 cm deep and 10 cm apart during dry season (October to  March). They germinate in two weeks. Water regularly during this period. After a month, weed out weak plants to ensure a spacing of 50 to 60 cm between plants. Water sparingly. It does not tolerate water stagnation. The plants complete their life cycle (flowers and berries) in 5 to 6 months.

Harvest roots after berries ripen and leaves begin to dry out. Take out roots by digging carefully to ensure roots are not damaged. Wash and clean the harvested roots and cut into small pieces of 7-10 cm. Dry under sun or shade.