Not the cleanest … just least dirty !

A month ago, two students Srivalli Rattehalli  and Vishnu Priyan visited Star of Mysore office to show some photographs. The two of them had taken some time off and ridden around the city clicking photographs of the two-time winner of the “Cleanest City in India.” Their photographs proved anything but that.

I was always a sceptic whenever we kept blowing our trumpet as the cleanest city and their photographs proved my doubts right… Mysuru is not the cleanest city, it is just a less dirty city. Of course, this year we are 5th but that too is a surprise. 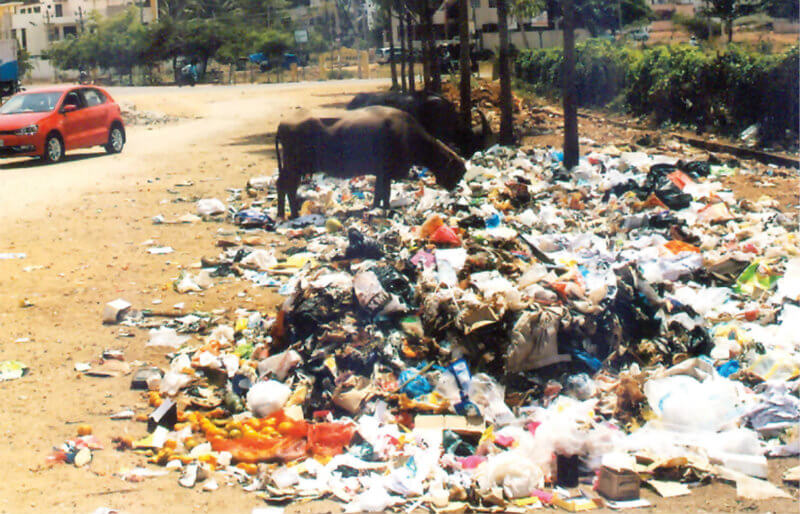 An eyesore at Vijayanagar 3rd Stage.

Two years ago, I was on a bus going to Bengaluru and my co-passenger was from Mandya. That morning all the newspapers had carried the news of Mysuru being the cleanest city in India and I mentioned to my co-passenger about it. Then I also told him, as if to console a friend who had gotten lower marks, that his city, Mandya, also had come an impressive 6th rank in the nation’s cleanest city exam. Unlike me he was not impressed, instead he asked “Henge sir…?!”

Just then it hit me, not the profundity of the simple question “Henge?” but rather the stench from the open frothy drainage outside Bengaluru. That year Bengaluru was ranked the cleanest capital in India!  After we passed it, he continued “Henge sir idu decide madodu…?” (How do they decide this?). It then stuck me. Was this a case of “In the kingdom of the blind, one eyed man is king?”

It sure is, because when one enters the cleanest city Mysuru from Bengaluru you are welcomed by construction debris on either side of the road [see pic. 1 taken this morning]. Now if someone visits Mysuru to check out India’s cleanest city, this is the welcome they get. So, truly, is our city the cleanest? Or is it just the ‘least dirty’ city? 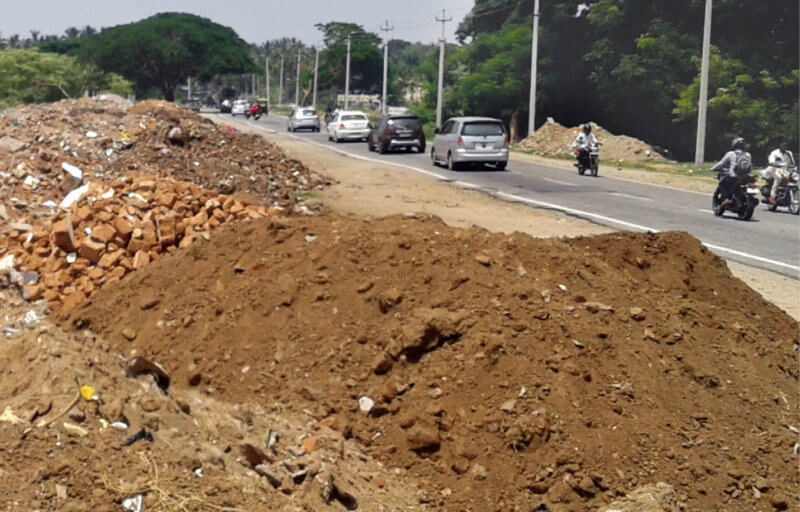 In  2015-16 when Mysuru won the cleanest city tag, out of the 100 points, 20 marks was for open defecation indicators and 22 for solid waste management indicators. In both these categories Mysuru is strong.

This year more cities with lesser population were included and also of the total score of 2,000 points, 900 was  assigned for a city being open defecation free and solid waste management. Again like the previous years, Mysuru scored high on these two.  But this year, 600 points were given for citizens’ feedback and 500 points for independent observation and here we failed. The citizens don’t think their city is really as clean as they would like it to be. So the previous years it didn’t matter if you had debris dumps,  dug-up roads,  open drains and uncleared garbage in residential areas but this year it did.

Now, time to stop being cynical and see the bright side. Most people who visit Mysuru say that ours is indeed a cleaner city compared to theirs. MCC must also get credit for programmes such as segregating waste at the household level by distributing 53,000 waste bins. They also deserve credit for collecting 400 tones of garbage every day and converting 200 tonnes of it into high quality manure which they sell and generate nearly Rs. 6 lakh every year.  But timely garbage collection and monitoring the disposing of debris has cost us the cleanest city tag. 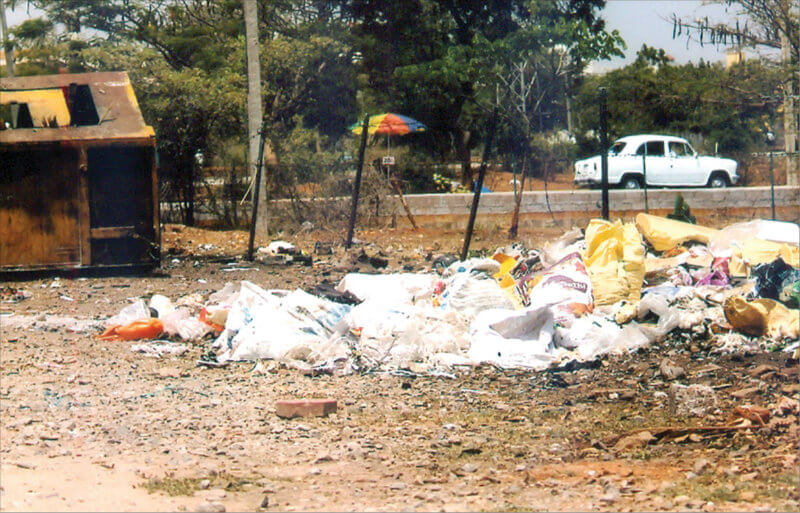 A spot near Ramakrishnanagar Cirlce.

Also our politicians need to stop indulging in ‘garbage politics’ literally. It is no secret that local leaders use garbage dumping as a tool to harass and extract ‘favour.’ There have been numerous cases reported around the city where local politicians force MCC to relocate garbage bins close to newly-built commercial complexes and order them not to clear it until the owner makes a “mercy payment.” Some of them are so heartless that they dump garbage near schools because the school management did not give enough number of seats! How can we be the cleanest city when the fathers of our city use the threat of garbage to harass citizens?

But to a large extent, credit has to go to ‘most’ Mysureans who are quite conscious with an ‘activist’ inclination when it comes to their city. Be it saving the serenity of Chamundi Hill, be it saving trees or  be it clearing garbage, they write to newspapers and confront their local authorities.

Now, while we gloat we must also accept the fact that Mysuru has not grown as rapidly as other tier two cities like Pune or Noida and this is what has made Mysuru fairly manageable. 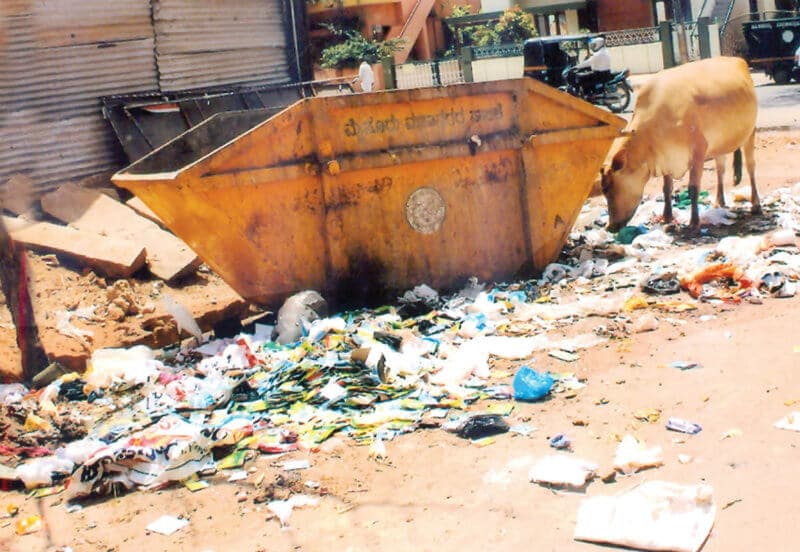 A stench pit in T.K. Layout. [Pics by Srivalli Rattehalli and Vishnu Priyan]

With double tracking and air connectivity, Mysuru sooner or later will have some level of industrialisation and immigration and Mysuru is not prepared to handle any of that. This is the reason why many Mysureans hope and pray that Mysuru remains an industrial pariah.

For now, while we must be glad that we are still one of the least ‘dirty’ cities, let’s accept that Mysuru is not really ‘all that’ clean and hope that our CM, who is from Mysuru, will help us become truly the cleanest city next year.

3 COMMENTS ON THIS POST To “Not the cleanest … just least dirty !”