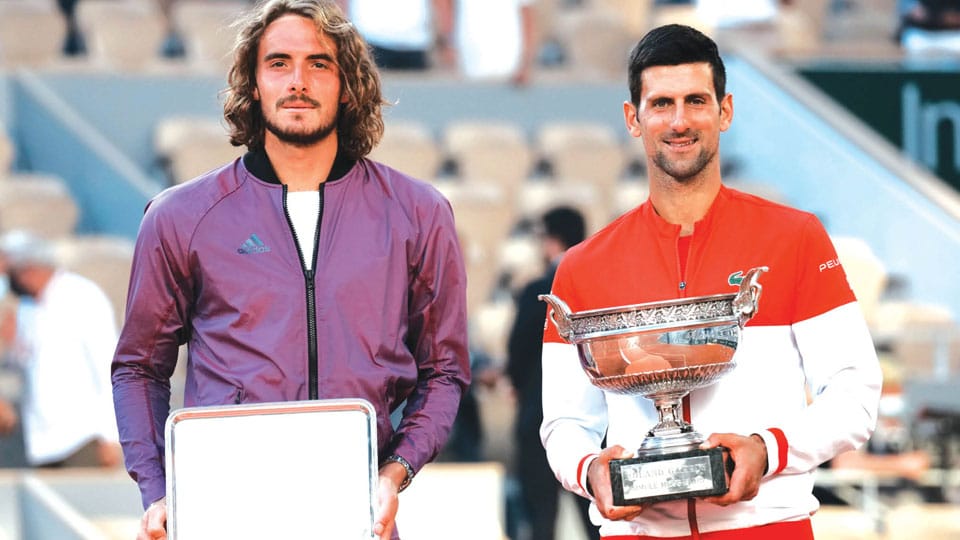 By winning the French Open 2021 last night against Stefanos Tsitsipas, Novak Djokovic (aka ‘NOLE’) created some kind of a history.

Firstly, after nearly 52 years, the feat of winning all four Majors twice was repeated by Novak. The other two players who have achieved this remarkable feat are the great Rod Laver and Roy Emerson, both Australians in 1960s. Also in the process, he has got his 19th Major title and now only one behind his true great rivals who both have 20 such titles.

In addition, Novak is the only player who has won the year ending ATP finals, year ending World No.1 ranking and all nine Masters 1000 titles at least twice! Also he has held the World No. 1 rank for an incredible 325 weeks longer than any other player.

Considering that he had to face the unbelievable talents of Roger Federer and Rafael Nadal, these are no mean feat.

Now let us look at his path to glory at Roland Garros. In the 4th round (which is also the pre-quarter finals), he faced a young Italian teen ager by the name Lozenzo Musetti. Musetti started in a great form and won the first two sets on tie break. Thereafter Djokovic turned the screws and won the next two sets yielding only one game. In the deciding set, while Novak was leading 1-0, he slipped and wounded one of his right fingers. After some medical attention, he continued and when leading 4-0, young Lozenzo decided enough is enough and conceded the match! Many experts believe that Musetti should have continued until the last point.

In the quarter-finals, Djokovic should have met 9th seed Roger Federer but Roger decided to give a walk over to his opponent Matteo Berrittini in pre-quarter finals. So Djokovic faced Berrittini in quarter finals and won against him in four sets, though the match was a close contest.

In the semi-finals it all happened. In front of a limited number of only 5000 spectators, the match between Nadal and Djokovic was fought for every point. If anyone of them did not get the first service in, their second service was punished. Yet Djokovic prevailed with a score of 3-6, 6-3, 7-6 and 6-2. Nadal later admitted that he got tired towards the end and he lost to a better player of the day.

Tsitsipas has been in great form throughout this clay court season and had won two tournaments including the Monte Carlo tournament.

He played with tremendous confidence and served with a lot of fire power. Though he faced a set point, he not only saved it and went on to win on a tie-break. The second set was one sided at 2-6 in favour of Tsitsipas.

Thereafter, Djokovic raised his game and won the next three sets at 6-3, 6-2 and 6-4! So finally the old-timer prevailed over the next gen player once again.