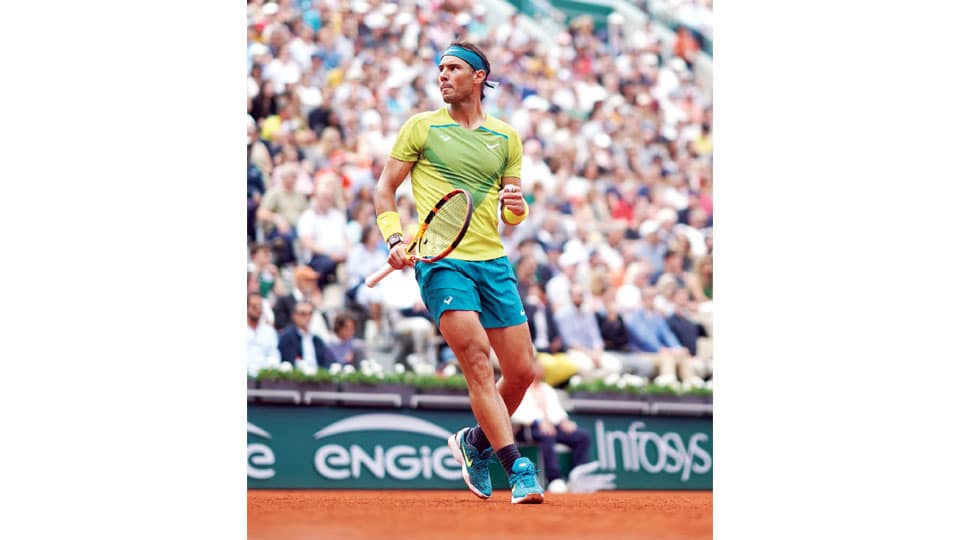 The 5th of June, 2022 renders a “Red Letter Day” in the annals of Grand Slam History as the impermeable Rafael Nadal lifted his 22nd Title and the 14th at the French Open — two more than his contemporary legends Roger Federer and Novak Djokovic. Though Nadal finished in straight sets 6-3, 6-3, 6-0, the match had a thorough blend of the ‘Power House’ of the 23-year-old/young Norwegian Vs sheer ‘Mind Reading’ tactics of the 36-year-old/young Spaniard, combined with the versatility of placements — was a total joy.

It was the maiden appearance at a Grand Slam for the young Norwegian. He had not played the legend in any encounter either. But, Casper Ruud has been training for a few years at Nadal’s Academy at Mallorca, Spain. He has played only a few sets with Nadal in the training camps.

Though a departure from the heading, it is only fair that we reminisce the ‘Ladies Singles Event’ at the Court Phillippe Chatrier.

Between the finalists 18-year-old/young Coco Gauff of the USA, and the 22-year-old/young Polish, Iga Sweatek they had dropped only one set en route to the finals; thus underpinning the competence of both. But, the Semis between Coco and Martina created a few doubts. It is only fair to observe here that the Italian Martina Trevisan looked more powerful and versatile in the semi-finals against Coco. A thigh injury in the middle of the encounter caused some distress to the Italian as Coco walked off with a straight sets victory in the semis. Hard luck to the Italian.

She is sure to emerge strong with times. The challenge to Coco, however, was to face the agile and confident Polish, Iga, in the finals.

In the 68 minutes finals against the American, Iga Swiatek captivated the tennis world. On Saturday, her blistering, athletic play dismantled teenage Coco Gauff, 6-1, 6-3, and Swiatek emerged as the Women’s Singles Champion at the 2022 French Open. She took the first four games of the match as she marched ahead with gusto. It marked Swiatek’s second major title and her 35th straight victory — tying her with Venus Williams for the longest WTA winning streak of this millennium.

Honestly, Coco was found wanting in all finer aspects of the game. But for mere fundamentals, she never exhibited any class that could even pose a threat to the Polish. I am sure her father-cum-coach will prune her in the years to come. We thank the duo for the entertainment.

Coming to the finer aspects of men’s finals, the ageing Rafa never looked ruffled against his mentee, Ruud. It was never that Ruud was short of class. But, he was overpowered by the thinking abilities of the legend as he constantly drained the Norwegian — making him sprint across the court using the base line and corners tactfully. Rafa also used his enormous experience with his drop shots and cross court volleys that Ruud could not counter. Many a point won by Ruud was powerful and tactful too but the legend had the last laugh. Rich complements to the Norwegian for his brave efforts. Surely, he gained some valuable experience in the finals.

The world knows that Rafa is facing issues with the fragility of his feet. Yet, his calm demeanour and gentlemanly attitude have carried him to the iconic levels that he has reached. Holding the trophy, he said “I don’t know how far I can go but surely I will keep pushing myself.” All the best to him going forward.

It is believed that Roland Garros is undergoing major renovations soon. We hope to witness French Open 2023 in refurbished stadia.