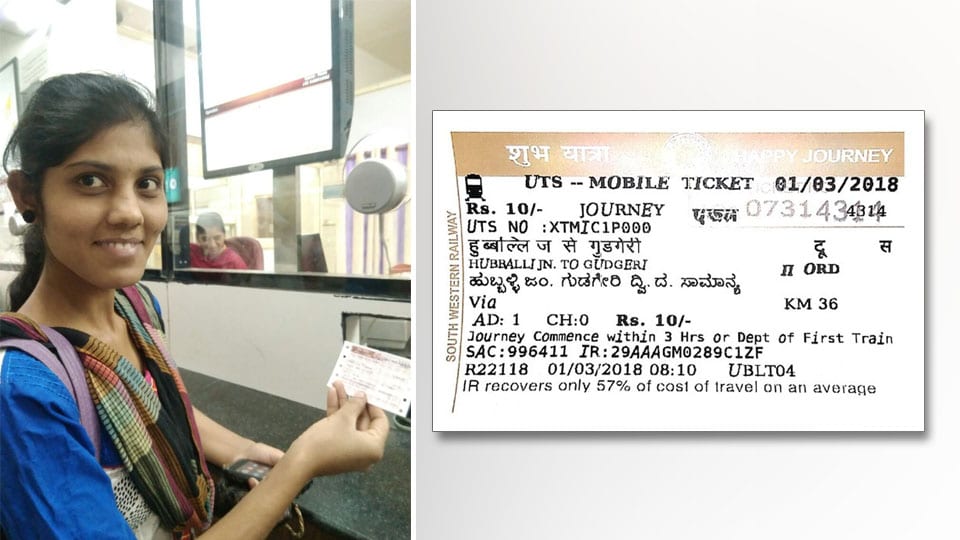 Mysuru: Indian Railways is enabling printing of key information on train tickets in local language. Beginning is being made with addition of Kannada on unreserved tickets issued through it’s UTS system. The facility has been started initially at Mysuru, Bengaluru and Hubballi Stations of South Western Railway (SWR) and the same will be extended to all other Stations of Karnataka in phased manner.

Name of starting Station, destination, class and Mail Express/Passenger etc., now will be printed in Kannada too along with existing languages — English and Hindi. In a unique effort, first time in the history of Indian Railways, a language other than English and Hindi has been adopted with Kannada being the first. This is another feature in the cap for SWR ,according to Chief Public Relations Officer, PR Branch, SWR.