Home » Columns » Abracadabra By K. B. Ganapathy » of mice and men: Random thoughts 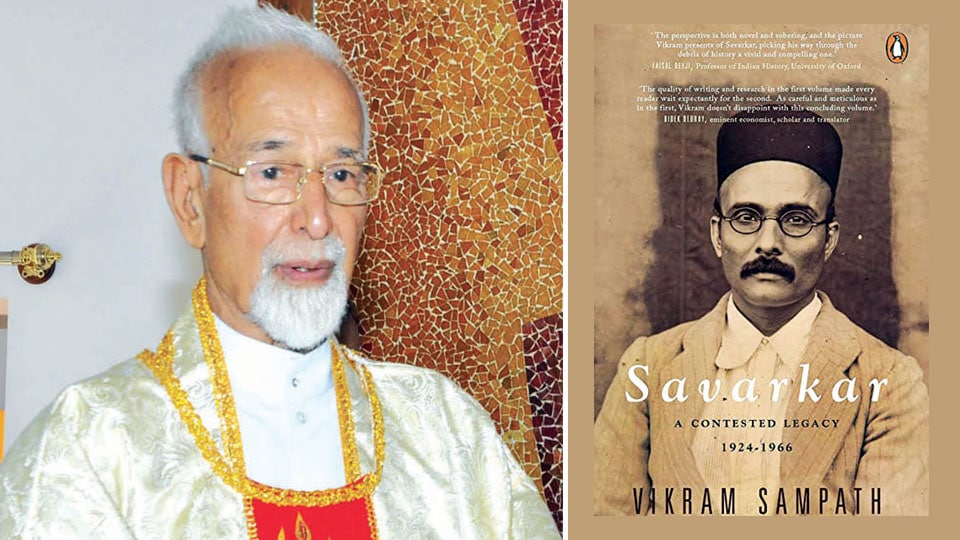 of mice and men: Random thoughts

I do not know why or how. The day following our Republic Day, which went well all over the country, including Lal Chowk in Srinagar, J&K, I decided I must try a column of my traditional Abracadabra in a mutated form to touch upon topical subjects or the remembered ones.

The question arose. What about the common title. I thought of Frank Moraes, Editor of Indian Express, who was writing the weekly pen-sketch of important events and leaders globally.

So here I am, inspired by Frank Moraes and borrowing his hashline for the column, “Mice and Men.” Google says it is from a poem “To a Mouse” by Robert Burns. And why bring in mouse? It was believed rats always go in the wrong direction! And escape or get caught — like men! This reminded me of a RK Ashram Monk, from my native place Kodagu writing a very popular song about ‘mosquitoes’ in Kodava language, Sollekka, to fight the scourge of Malaria and create awareness.

Savarkar: A legacy to remember

I have read the first part of the book on Savarkar by the young historian Vikram Sampath and had written in my Abracadabra column. I remember attending his interview at Hotel Southern Star.

The second volume (of his Contested Legacy 1924-1964) was lying around and decided to take a look at it. It seemed a tedious reading. But after his incarceration for 10 years in the solitary cell at the Andaman’s Cellular Jail and transfer to Ratnagiri, he was a transformed man more into social reforms which our Hindu community across the country urgently needs. He had become mellowed with British imposed restrictions, poverty and deteriorating health. He was an effective catalyst for social reformation of Hindu society but had his own limitations.

The Hindu people, spread across this huge country is humongous, gargantuan, divided demographically on the basis of their own Gods and Goddesses within the Hindu religion. Though of many languages and where they speak the same language, they are divided on the basis of caste, sub-caste, creed and cult. People dress differently in different parts of the country and eat food of totally different kind, whether the staple item is wheat or rice or ragi or whatever. As for culture, their music, dance, drama, celebration of festival differ from one another even when they are divided by only a few hundred miles apart.

That was the only reason invaders could easily subjugate us and rule for over 1,081 years! It is here leaders like Mahatma Gandhi, Netaji Subash Chandra Bose and Veer Savarkar became relevant.

On this Republic Day, let us salute him too for continuing his work to reform the complex Hindu society even after independence.

Other day as I was passing through the Millennium Circle, I had to stop due to traffic jam. Then I saw a gully road, very poorly maintained, going to a Christian Seminary where my late friend and well-wisher Fr. Noronha was staying alone after the mandatory retirement. I went twice to see him while he was there. Weak and he looked lost and surprised seeing me.

He mentioned of some of his earlier VIP guests visiting him, including the Suttur Swamiji. He did not seem to be satisfied with the facilities given to him by the new dispensation. But that is life and destiny. Accept what you cannot change.