Home » News » IT officials grill Shivakumar till 2 am 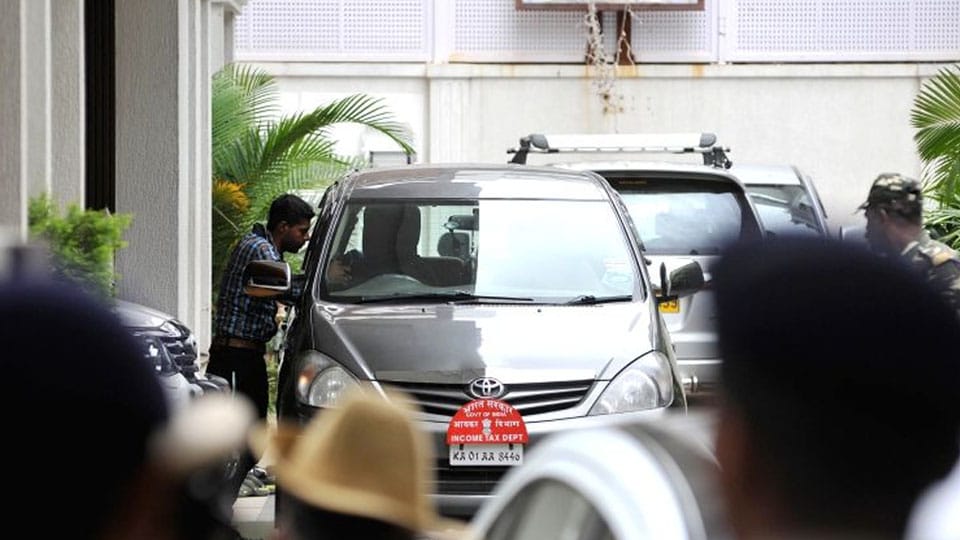 IT officials grill Shivakumar till 2 am

Bengaluru: Armed with hundreds of documents on financial dealings found in possession of Energy Minister D.K. Shivakumar and his associates over the last three days, Income Tax officials are learnt to have confronted the Minister seeking explanation over his assets and investments in several businesses in India and abroad.

A new team of senior IT sleuths took over from multiple teams conducting search and seizure operations at the minister’s Sadashivanagar residence yesterday evening and continued questioning.

Documents recovered from various locations, cash and financial transactions were tallied and Shivakumar was asked for explanation.

Not just those recovered at his residences in Sadashivanagar and Safdarjaung Road, Delhi, but other documents that the IT sleuths recovered from 64 locations have been brought to his Sadashivanagar residence. The Minister’s statement was recorded.

“He is under pressure. He didn’t sleep for the last two days,” said the Minister’s brother D.K. Suresh, Member of Parliament from Bengaluru Rural. Suresh said the taxmen have questioned the minister “till 1.30, 2 am,” every day and that Shivakumar had to consult a doctor who has advised him rest.