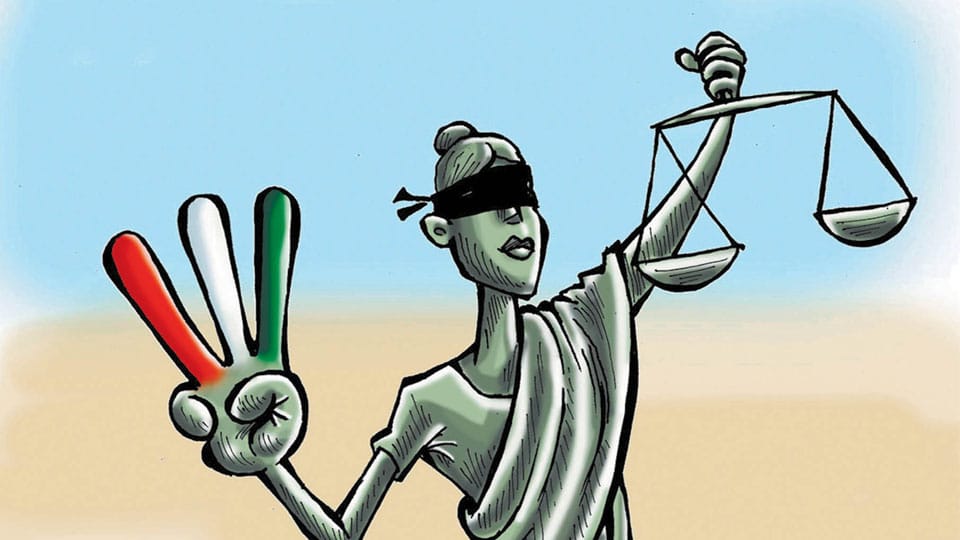 September 2018 has been a month when India took the path towards being a socially progressive nation. This month India shed its archaic legal shackles, all thanks to a few older men and women with a new mindset and wisdom — the Supreme Court Judges.

Just this month alone, the Supreme Court of India has scrapped Section 377, a law discriminatory towards homosexuals. It scrapped Section 497 which treated women as “chattel” and criminalised consensual sex between adults. Yesterday, it ruled that women of all ages can enter Sabarimala Temple !

It seems, the Supreme Court is doing what the Parliament should have done. But when Members of the Parliament are elected using appeasement and caste equations, how can they take any decision that could affect their vote-base? So it conveniently leaves it to the wisdom of the Courts. Thankfully, our Top Court seems to possess wisdom.

But, most of the laws being scrapped are the remnants of the British Raj. Like, the Indian Motor Vehicles Act, 1914, where an Inspector in Andhra Pradesh could be disqualified if he had not brushed his teeth, had pigeon chest or knock knees. Or like the Police Act, 1861, which required all Officers to raise their caps in acknowledgment when they come across royalty. Thankfully, these bizarre and archaic laws have been scrapped.

Recently, some more such ridiculous Acts have been repealed such as the Ganges Tolls Act, 1867, which states that boats ferrying passengers across River Ganga have to pay toll. There was the Aircraft Act of 1934 that defined even a kite as an aircraft, which meant one had to obtain the same permission to fly a kite as an airplane !

Then there was the Young Persons (Harmful Publications) Act, 1956, which was meant to prevent “the dissemination of publications harmful to young persons.” In fact, this law was misused in Kerala a few years ago when the Police raided shops selling Jamaican singer Bob Marley T-shirts on the grounds that it encouraged youngsters to consume ganja.

Now, there are some more such illogical laws that have to be repealed. Such as  Telegraph Wires (Unlawful Possession) Act, 1950. But the last telegram sent in India was on July 14, 2013 after which it was stopped. So this law is redundant ! And then we have the Indian Treasure Trove Act, 1878 which means if you find anything more than Rs. 10 lying on your land and if it is not yours, you better inform the Revenue Officer else you are going to jail !

The most interesting is the Salt Cess Act, 1953. This Act levies a tax on salt. And when you have an Act you need someone to manage it. So we have a branch of Civil Service called Indian Salt Services ! In 2016-17, it collected Rs. 3.53 crore in taxes but the government spent Rs. 30 crore to run the Salt Department ! The Department has 11 Indian Salt Service Officers selected from the Union Public Service Commission (UPSC) and nearly 700 support staff !

No wonder Prime Minister Narendra Modi, during his 2014 election campaign, had said that he would repeal 10 archaic laws for every law his government makes. And on 11th August 2014, two months after he was sworn-in ‘The Repealing and Amending Bill, 2014’ was introduced in the Lok Sabha by the then Minister of Law and Justice, Ravi Shankar Prasad.

In the last the 60 years, just 1,301 laws were declared obsolete. In the past three years alone, 1,200 Acts have been repealed. Surprisingly, it had the support of the Opposition in the Rajya Sabha. Next another 1,824 such laws are being scrutinised.

Now, it is interesting to note that all these archaic laws are being scrapped and progressive laws are being passed with no protest from a ruling party that many liberals have labelled as “extremist”, “regressive” and “patriarchal” !

For 60 years a so-called liberal government ruled India, but it took a so-called right wing and patriarchal party to scrap laws that were regressive towards women. While liberals criticise the BJP for its “extreme” views, will they praise the party when it shows liberal attitudes?

We did not hear any praises when the government took the Ordinance route in the matter of Triple Talaq. No praise came when the RSS said they would not protest scrapping of Section 377. No praise came either when last year the government repealed the Dramatic Performances Act, 1876, an Act  that concerns the most vociferous opponents of BJP, the artsy-liberals.

This Act implemented by the British to stop artistes from using theatre as a tool of protest against colonial rule was till recently cited by Indian Police to stop street theatre shows. Now that the law is gone, artistes are free to perform wherever they want after taking permission. Did any of the liberal personalities hail scrapping of this law? One must  and should criticise but one should also appreciate when good work is done.

For now, as progressive judgements pour in and the government allows the wisdom of the Court to prevail without violent protests, it makes us wonder if Uniform Civil Code is on the way.

3 COMMENTS ON THIS POST To “Old Laws & Progressive Judgements”