Home » Columns » Abracadabra By K. B. Ganapathy » One Nation, one Election: Do it now, tomorrow it may be too late ! 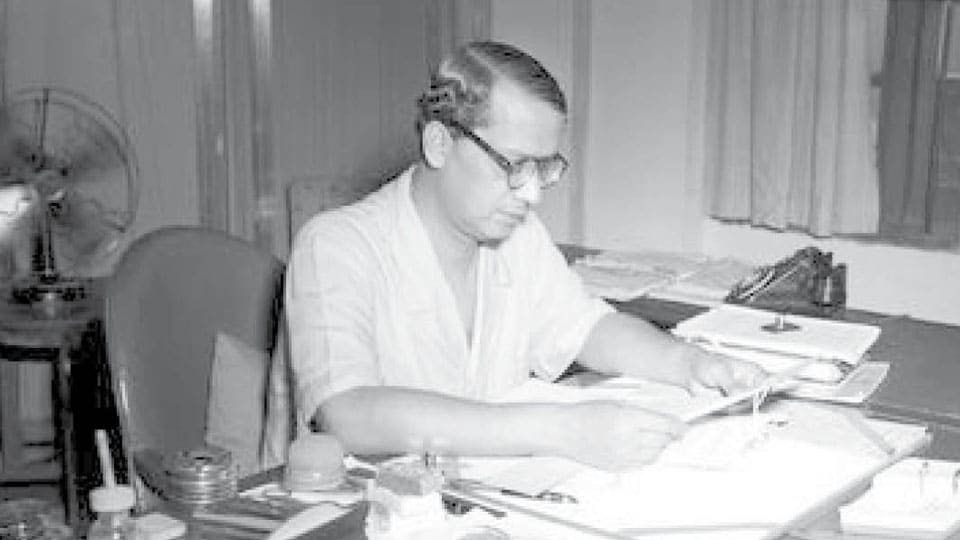 One Nation, one Election: Do it now, tomorrow it may be too late !

It is 72 years since we got Independence and the world’s largest Democracy India is still holding elections on the lines laid down in the past with a few cosmetic changes like the Model Code of Conduct, submitting more information about the candidate in the nomination papers, providing details of election expenses, the limit on the maximum amount allowed to be spent etc. Some call this electoral reforms.

But these reforms do not help in ending the high cost of holding elections and corruption. At present the country’s Democracy is in a state of continuous election mode leading to adverse effects on the law and order situation and good governance. In fact, the Government gets paralysed during the months the election process is on.

It is for this reason Prime Minister Narendra Modi has revived (it is not his personal agenda) the old idea of ‘One Nation, One Election’. In reality, it is Nation’s agenda and the BJP (NDA) Government is only seeking to make it possible to further strengthen our country’s election process making it less costly, corruption-free, campaign restricted to a month by holding simultaneous elections to the Parliament, the Assemblies and all the local bodies.

What is the remedy for this malady of Democracy? The one and only remedy seems to be, according to Prime Minister Narendra Modi, ‘One Nation, One Election.’ If there are problems, we shall find ways to overcome them. In fact, there are problems. Congress has already expressed its opposition to the proposal of simultaneous polls because it violates basic features of the Constitution and the Federal Character of India as a country.

According to CPI(M) and CPI, simultaneous elections to the Parliament and the States is possible only if Article 356 of the Constitution, which provides for dismissal of State Government by the President for whatever reason, is removed from the Constitution.

Further, according to CPI(M) General Secretary Sitaram Yechury, the inevitable prolonging or shortening the life of Parliament or Assemblies for the purpose of holding simultaneous elections will tantamount to ‘subversion of Democracy.’ Theoretically he is right, but I thought Communists do not believe in or practice Democracy.

Anyway, Prime Minister Narendra Modi will form a panel to prepare a road-map for “One Nation, One Poll” electoral reform. It is a sanguine situation for the possible acceptance of the idea considering 21 political parties participating in the meeting against 11 who skipped, including Congress. But, in any case Congress has very poor representation in the Parliament since 2014 and has Governments in only a few States.

Who knows, the Indian National Congress may wither away in the next few years making Gandhiji’s wish come true! God forbid. After all, our country needs a viable, strong national party to counter the BEHEMOTH of a political party BJP (NDA). My gut feeling is the present Bhakti Cult in Congress must go and the Party should go back to the People from the present Dynasty.

At present, one election finishes in some part of the country with 29 States and 7 Union Territories and another one  begins in another part of the country. Therefore, according to BJP, having simultaneous Parliament, Assembly, Civic  and Panchayat polls once every five years and completed within a month or so would save money and other resources including man-power.

In fact, it is not BJP’s bright idea. The Law Commission had recommended this proposal way back in 1999. This was taken up by L.K. Advani in 2010. In 2015, under Modi Government, a Parliamentary Standing Committee examined its feasibility which, in turn, referred the matter to the Election Commission.

All these bodies support the idea in principle. If so, why wait saying this is an idea whose time has not come? If we can’t decide after 72 years of Independence and are now entering the 17th Parliament, when will we be able to decide? Take the Plunge. Democracy and Federalism will both be further strengthened, no rogue politician or the member of the ‘Tukde, Tukde’ gang can subvert the Constitutional institution of our country.  Jai Hind

ONE COMMENT ON THIS POST To “One Nation, one Election: Do it now, tomorrow it may be too late !”