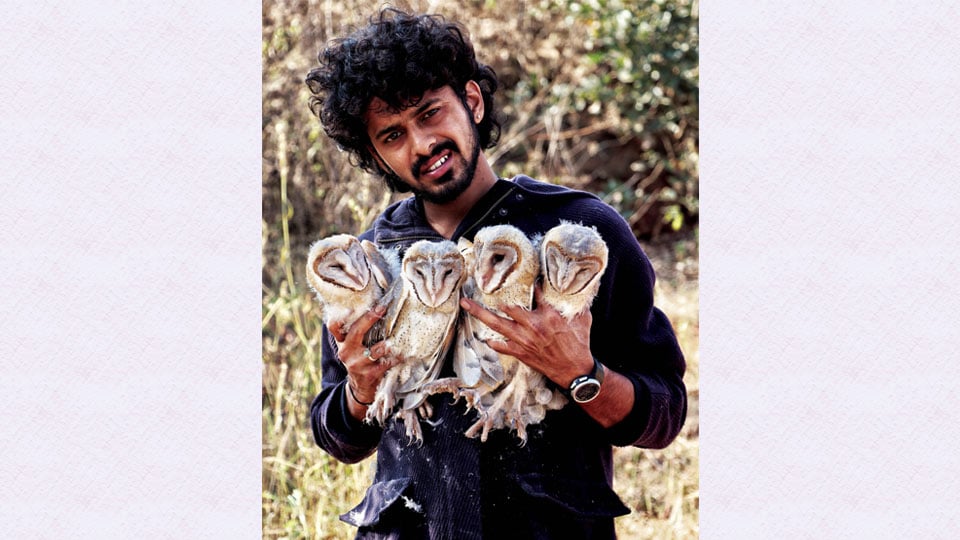 Mysore/Mysuru: Surya Keerthi, son of city’s well-known snake rescuer and wildlife conservationist Snake Shyam, who is also a snake rescuer, has rescued four owlets, which were left orphaned after the mother was electrocuted. The owlets were rescued at a farm in Shindenahalli near here.

Though farm owner Chandramouli tried to feed the owlets, they were unable to eat and hence he informed Surya Keerthi, who rushed to the farm and rescued them. Surya, speaking to SOM said that he would take care of these owlets besides stating that he had taken permission from the Forest Department officials. He said that there is a need to establish a rescue and conservation centre as a lot of snakes, animals and birds were being rescued across the city, which are either injured or orphaned.