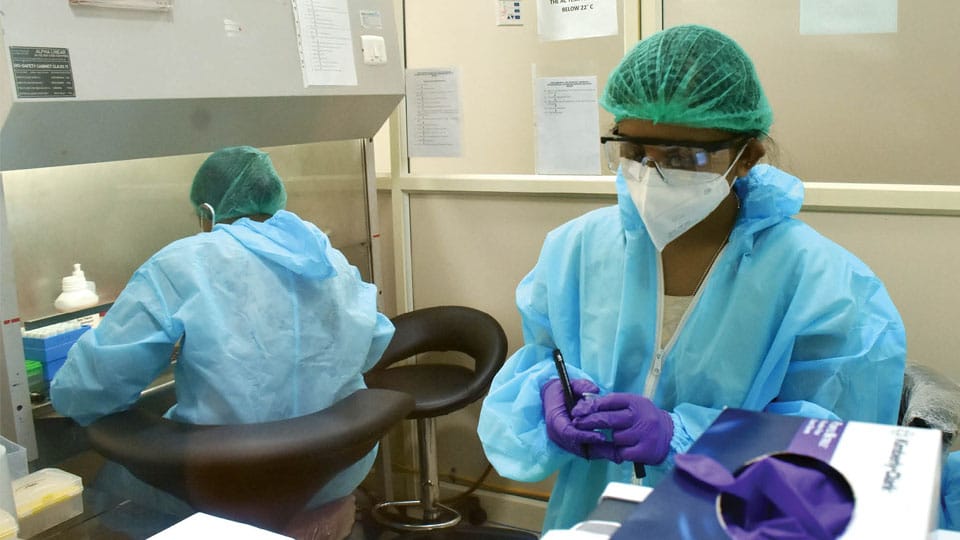 Like the rest of the world we too are engaged in waging a war on COVID-19, the global pandemic. Like the way each country is fighting this problem in its own way, our country too is no different in having its own battle strategy. While some measures have been good and sensible, a good many of them are not, which is not very surprising, considering the fact that all Government policies are framed by different heads and are governed by different considerations.

Yes, while a few heads are brilliant there are a good many that are good only at the time of taking the headcount! But I wonder where the brilliant heads of our State were while drafting the policy that is now governing the way we here in our State are celebrating our Dasara, while claiming to be keeping in mind the great priority of keeping COVID-19 at bay?

In this sloppy exercise that is now beginning to look rather futile, we seem to be running with the hare while hunting with the hound! Like I said in my last article about our Dasara and COVID-19, on one front we have lit up our entire city like how we used to in the years before to attract people from far and wide and on the other front we have declared that all our tourist attractions will remain closed for the entire duration of the Dasara.

And, having closed them down we have installed brand new sign boards at all our road junctions that are supposed to show all the new-comers to our city the way to reach them! Now, what is supposed to be the purpose of these seemingly purpose-less boards?

The answer is clear that this too is a kind of surrogate advertising, not unlike what is commonly resorted to by cigarette and liquor companies, to circumvent the rules banning any advertising, while effectively promoting what they produce! Under the pretence that it is effectively observing all the recommended measures to prevent the spread of the COVID-19 infection, our Government is hell bent on showcasing our Dasara to all the people who will eventually flock to the city attracted by the glitz and glitter that it has set up.

And, it is clear that this is being done by our netas and babus who have king-sized vested interests in spending public funds and in the process also pocketing large sums of money as it usually happens in all that they do for themselves, supposedly in our interests! But even if we close one eye or look the other way and ignore this wrong-doing, we as concerned citizens simply cannot close both our eyes to what can be the aftermath of holding a crowd-pulling Dasara.

Let us take the example of Kerala, our neighbouring State. It was a State that went on to win accolades for being most successful in the country in containing the pandemic at a time when it was raging with its greatest fury. But when the time came for it to celebrate Onam, its State festival, complacence set in and with the State going soft, we all saw that there was a sudden thirty percent rise in the COVID-19 cases across the entire State in the post festival period. With the mindless way in which we are celebrating our Dasara here in Mysuru, common sense seems to be telling all people endowed with it, that the same is likely to happen, nearer home too.

Perhaps unnerved a little by the strong feedback from the people, our Government has announced that our Health Minister himself will be supervising the Dasara celebration in our city. So the man is very much here and he has expressed his shock and dismay too at the way people are flouting all COVID-19 guidelines, across the length and breadth of the city in their bid to photograph themselves in the backdrop of our Dasara lighting at all our illuminated Circles and prominent landmarks.

The State has admitted that this attitude of the people is causing it great anxiety because we do not have adequate, high-end care equipped medical beds in our State in case there is a post-Dasara spurt in COVID-19 cases. But the time for regret seems to be over, now that we are all in the middle of the muddle that has been thrust upon us, due to wrong Government policies.

Our Government has lit up the city much against our wishes and our mindless people are now doing their part with their irresponsible behaviour on our streets. With the fuse thus lit, all that we can hope is for a slightly muted explosion! With our Government rocking the cradle while at the same time pinching the baby too, that is all you and I can do!

Very recently I wrote an article about the lessons we can learn from the life of a humble pencil. It is something I was motivated to do after receiving a message from a close friend K.S. Gururaja but its origin seemed to be unknown as in the case of most such WhatsApp forwards. Although I did not go on a net hunting spree, I certainly wondered for a moment who might have written it before forgetting about it completely.

But some days later, another close friend Krishna Prasad, who was formerly the Editor-in-Chief of Outlook news magazine, sent me a link that credits the writer Paulo Coelho with having written it in the year 2009 in his blog. It can also be found in his book: ‘Like the Flowing River’ published by Harper. A mystery solved may be a mind at peace but more importantly for me is a credit that is given to the right person, especially for some wise or thought-provoking saying!

COVID-19 Dr. K. Javeed Nayeem Over a cup of evening tea
Suspension of DL for not wearing helmet
Dasara event cancelled but spirit is high…Home Gardens bloom amid COVID