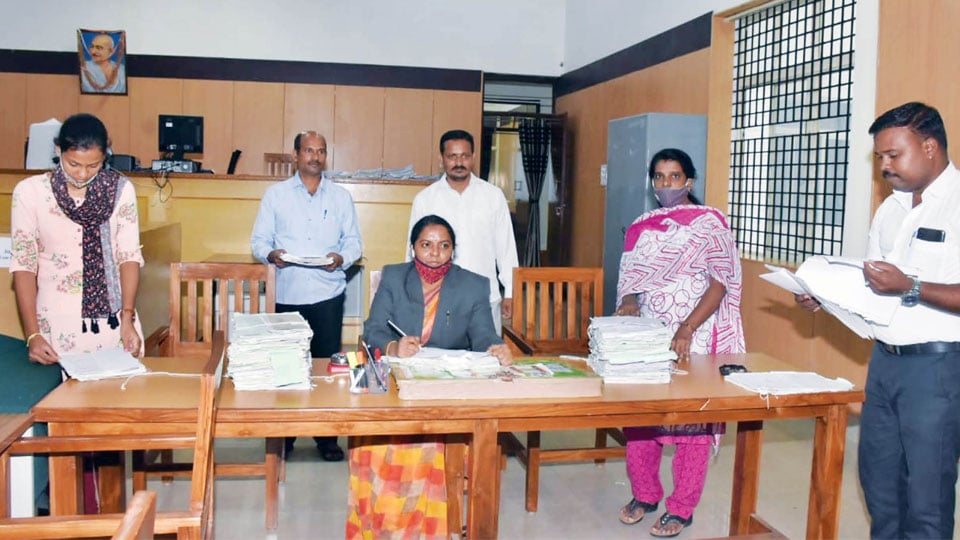 Over 4,000 cases settled at mega e-Lok Adalat in city, district

Mysore/Mysuru: As many as 4,096 cases were settled at the mega e-Lok Adalat held through video-conference, at City and Taluk  Courts across the district yesterday.

The e-Lok Adalat was conducted  following a directive from Karnataka State Legal Services Authority and all the proceedings were held through video conference.

The Courts in the city and taluks had marked 8,960 cases, which were pending at pre-litigation stage in Courts, out of which 4,096 cases, many of them related to land disputes were settled yesterday, with the declaration of total relief of Rs.31.33 crore, according to senior Civil Judge and  District Legal Services Authority (DLSA) Member-Secretary B.P. Devamane.

The day-long mega  e-Lok Adalat was held at 30 benches in the City and District Court complex on Krishnaraja Boulevard Road and at Jayanagar (Malalawadi) Court Complex and also at 22 benches in all Taluk Courts of the district.