Home » News » Over 80 Congress leaders and workers held during protest 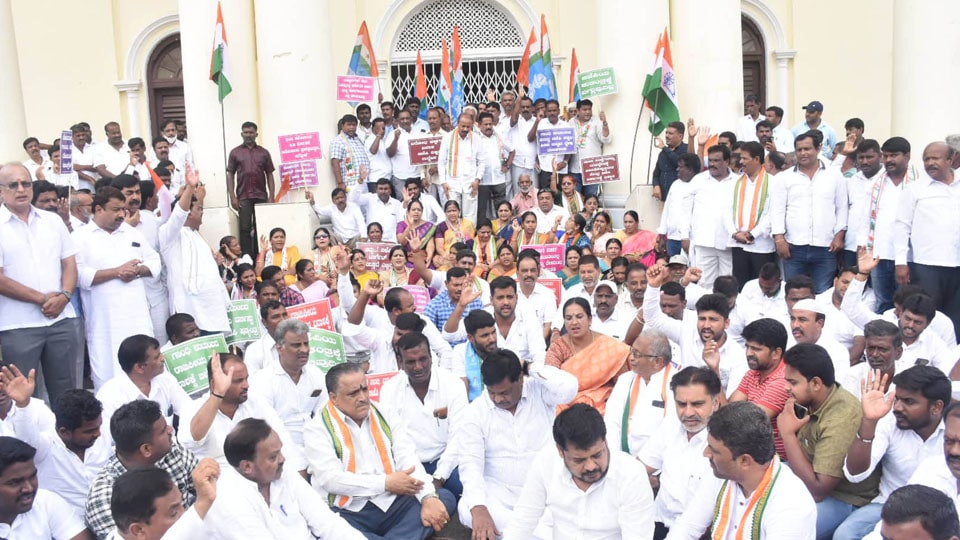 Over 80 Congress leaders and workers held during protest

Mysore/Mysuru: Even as the Congress planned to take out a rally from the Town Hall to the Income Tax Office located near Mini Vidhana Soudha in the city this morning, in protest against the Enforcement Directorate’s (ED’s) questionable action of quizzing and harassment of top Congress leader Rahul Gandhi in connection with National Herald case at Delhi, the City Police thwarted the party’s attempt to proceed with the rally, by taking the rally leaders and workers into custody.

Police forcefully stopped the rally and bundled the Congress leaders and workers numbering over 80 into two KSRP vans and took them to CAR grounds, from where they will be let off later.