Home » News » This Owl will not bring bad luck: Lakkhi-Pencha on display at IGRMS 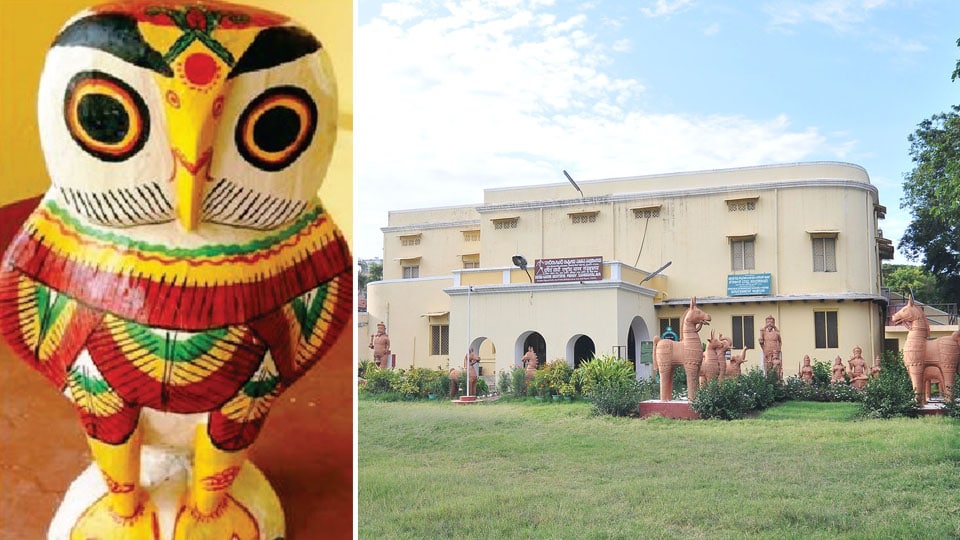 This Owl will not bring bad luck: Lakkhi-Pencha on display at IGRMS

Mysuru: In general, owls are viewed as harbingers of bad luck, ill health, or death.  But in West Bengal they are given a pride of place as a ritual object.

Lakkhi – Pencha, a decorative wooden object resembling an owl, is the Exhibit of the Month under the series by Indira Gandhi Rashtriya Manav Sangrahalaya (IGRMS), at its Wellington House on Irwin Road in city since Jan. 4. The artefact will be on display till Jan. 31.

Lakkhi – Pencha is an wooden owl, colourfully painted and decorated as an image, collected from Bardhaman district of West Bengal by Ravi Bhaskar. This ritual image of owl is believed to be the rider of Goddess Lakshmi and that is why it has got a ritual significance during Lakshmi puja in West Bengal.

It is believed that Goddess Lakshmi visits every house and asking for the one who is awake in their home. She blesses the one who stays awake at the night with fortune. So people, especially women of all ages do not sleep and wait to welcome the Goddess. To honour her visit, temple streets and homes are decorated with colorful lights.  A meticulous fasting and puja brings all blessings from Goddess Lakshmi on the day of Kojagari Lakshmi puja.