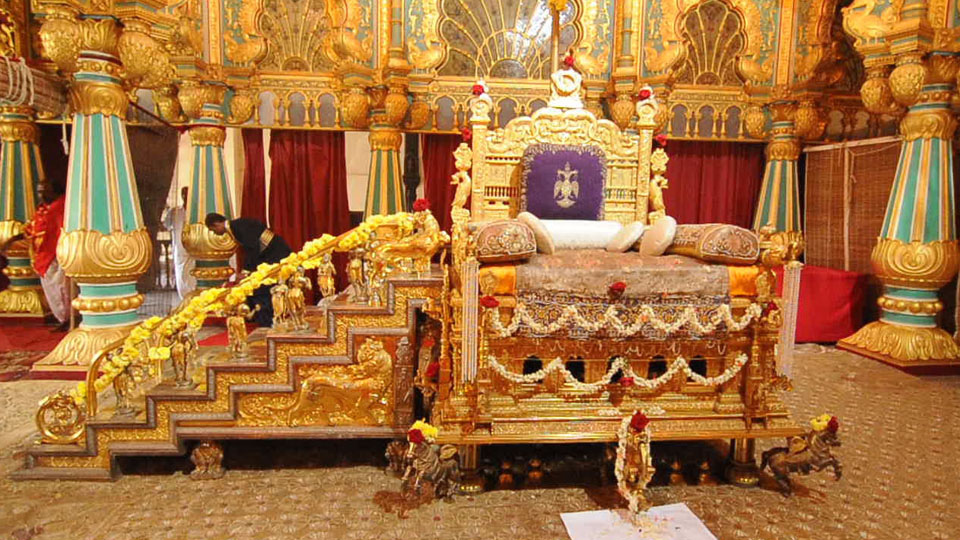 Mysuru: The precious stone-studded golden throne placed at the Durbar Hall of Mysore Palace during Dasara festival was dismantled yesterday and shifted to the strong room in the cellar of the Palace under tight security.

After performing traditional puja to the throne, it was dismantled to eight parts which were moved to the strong room by a few employees of Palace accompanied by armed Police.

The throne was assembled on Sept.15 at Durbar Hall. Private (Khas) Durbar was held on Sept. 21 and the throne was allowed for public viewing from Sept. 24 with an additional fee of Rs. 50.

As Pramoda Devi Wadiyar was away at Bengaluru for a function, the throne was dismantled in the absence of any member of the Wadiyar family. Her Secretary Lakshminarayan, Palace ACP V. Shailendra and others supervised the dismantling of the throne and shifting it to the strong room, it is learnt from sources.