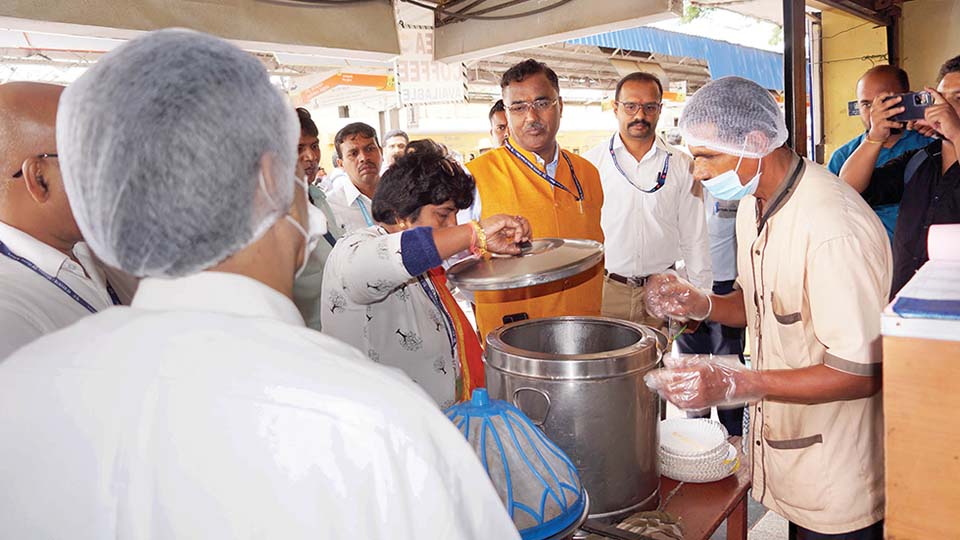 Mysuru: The Passenger Services Committee (PSC), constituted by the Ministry of Railways (MoR) at the National-level, inspected the passenger services provided at Railway Stations. The Committee members inspected various Station over Mysuru Division including Hassan, Sakleshpur, Birur, Arsikere, Nanjangud and Chamarajanagar from May 18 to 20.

The Committee, comprising Kishore Shanbag, Baby Chanky, Pranab Baruah and Shivaraj K. Gangde, inspected the various amenities provided at the Station for the passengers like waiting rooms, current booking and advanced reservation offices, pay and use toilet in the circulating area, parking facilities, foot over bridge, lifts, security and surveillance system, catering and miscellaneous stalls and others. The Committee expressed satisfaction over the scale of amenities and the high standard of cleanliness maintained at the Station. The Committee members also interacted with rail-users at the Stations to get a first hand feedback on how they felt about the services provided at the Station.

Later in the day, the Committee members held discussions with Divisional Railway Manager Rahul Agarwal at his Office in Mysuru on several key issues relating to passenger amenities and the services provided to the passengers.

The Committee will submit a report about their observations made during the inspections and recommendations if any to the Railway Board.