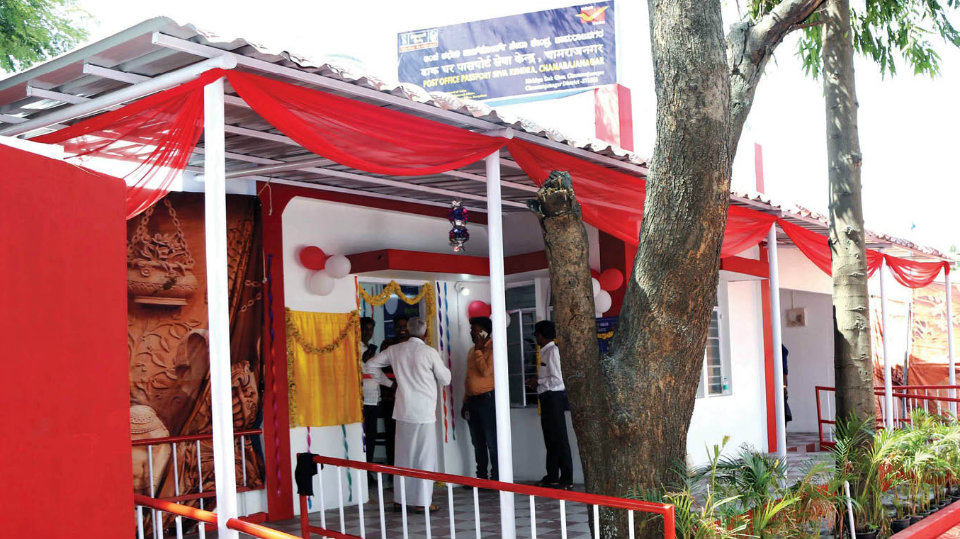 Speaking on the occasion, Dhruvanarayana said that the long-pending demand for a Passport Seva Kendra has become a reality, which would help in the overall development of the district.

He said that from now on, people of the district need not go to Bengaluru or Mysuru to get their passports as the passport centre has been set up at Chamarajanagar. Pointing out that External Affairs Minister Sushma Swaraj and late Union Minister H.N. Ananth Kumar responded positively to his request for setting up the Kendra, Dhruvanarayan said that with the setting up the Kendra here, the time and money of the people has been saved.

Noting that every citizen can get passport, the MP said that in these days of globalisation, having a passport has become vital for professionals and as well as students. The MP called upon the people of the district to make best use of the Kendra.

Deputy Commissioner B.B. Cauvery said that with the setting up of Passport Seva Kendra, Chamarajanagar has added one more feather to its cap and added that the credit must go to MP Dhruvanarayan.

Bengaluru Regional Passport officer Bharath Kumar said that there were 348 Passport Seva Kendras in the country, out of which 17 were in Karnataka. He further said that passports will be issued within 20 days of application if all attached documents are found correct.

South Karnataka Zone Post-Master General S. Rajendra Kumar said that passport is not only meant for travelling abroad, but is also a vital document as a proof of being an Indian Citizen.