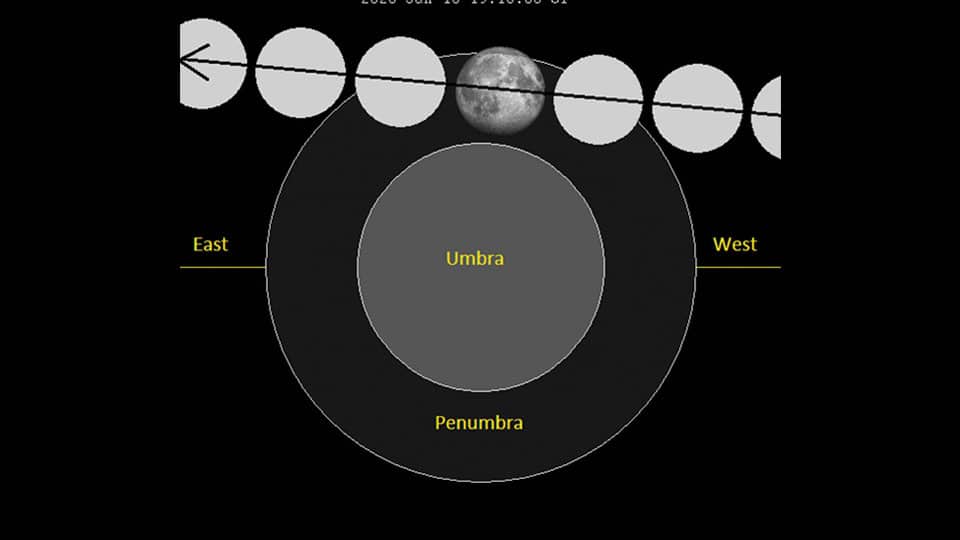 December 26 of 2019 seems to be really memorable and astounding for Indians, as everyone could witness the spectacular annular solar eclipse! Even though it was overcast and murky from Mysuru and Bengaluru, somehow Mysureans managed to see to this rare astronomical spectacle with utmost difficulty. Suddenly all may start to think, why speaking about eclipse now? The answer is very obvious. In the beginning of the 2020 itself, Indians are privileged to witness the first lunar eclipse of the year on January 10 and 11. The most conspicuous, amazing, striking, impressive and evident astronomical event in the sky is an ‘Eclipse.’ None can forget the mesmerizing Supermoon, Bloodmoon Total Lunar Eclipse that occurred on Jan. 31 and July 27 of 2018! This astronomical occurrence has been memorable and millions witnessed this spectacular spectacle. Last year on July 27 and 28, Indians were greatly privileged to witness a regular longest duration ‘Total Lunar Eclipse’ of this century.

Lunar eclipses, which may be total or partial, can occur only at full moon when Sun, Earth and Moon are in line. As the Sun is an extended light source, Earth’s shadow has two components — a dark, central UMBRA, where the Sun is completely obscured, and a lighter outer PENUMBRA, within which the obscuration is partial. During a lunar eclipse, the Moon passes first through the Penumbra, taking about an hour, moving eastward by its own diameter in this time, to reach the western edge of the umbra. A Lunar eclipse occurs when the Moon passes through the umbral region of the Earth’s shadow and becomes imperceptible. Lunar eclipse is discernible from a large part of the Earth.

The total duration of the Penumbral Lunar Eclipse visible on Jan. 10 – 11 is 4 hours 05 minutes. The moon enters the Penumbra at 10.36 pm on Jan. 10, by analysing the Penumbral phase; the eclipse will commence by 10.37 am and terminate at 02.42 am, also leaves the Penumbra at 2.44 am. The greatest phase of the eclipse will eventuate at 12.40 am. At maximum eclipse, 90% of the Moon’s disc will be partially shaded by the Earth, which will cause a slight shadow gradient across its disc; this subtle effect may be visible to careful observers. No part of the Moon will be in complete shadow. There is absolutely no harm in witnessing this astronomical spectacle and could be clearly witnessed by using a reflecting telescope or astral binoculars. One can see to the eclipse if the Moon is up as seen from your location; but note that this Penumbral Eclipse will be very difficult to see in practice: During this eclipse the Moon will be just 3 days before perigee, making it relatively large. At maximum eclipse it will be 0.545° in apparent diameter, which is 2.6% larger than average.

At Mysuru, the best viewing location is from Chamundi Hill or any secluded location which is to be free from contaminated light. The most awaited annular solar eclipse falls on June 21 of this year, wherein it can be seen from few places in northern India. But from Mysuru, this will be a partial solar eclipse. So, do not forget to witness the lunar eclipse on Jan. 10 -11. The next Penumbral Lunar Eclipse of this year is on June 5. Enjoy the celestial feast on January 10.

Eclipse at Mysuru in IST