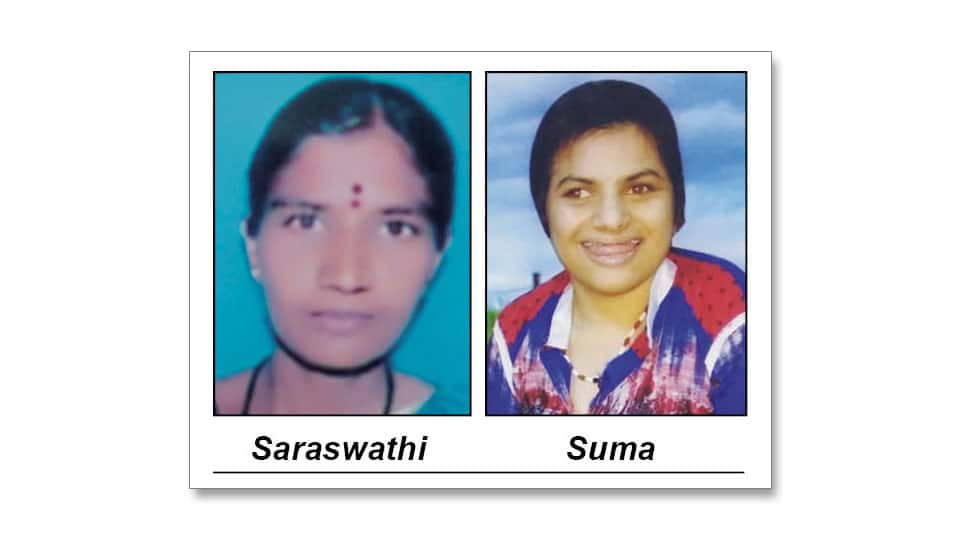 Mysuru:  In a heart rending incident, a 45-year-old woman and her 20-year-old specially abled daughter from Periyapatna, who were admitted to a city hospital after they had consumed poison in a suicide bid, breathed their last in the hospital last evening.

Saraswathi (45), wife of Sannaswamy Nayaka and her daughter Suma (20), residents of Parisara Nagar in Periyapatna Town, are the deceased.

Saraswathi and her daughter Suma, who was said to be specially abled by birth, had consumed poison at their residence on Friday evening, when Saraswathi’s husband Sannaswamy Nayaka was away on work.

After coming to know of this sometime later, the neighbours rushed both of them to a private hospital in Mysuru, where they succumbed a day later on Saturday, it is learnt.

Saraswathi was said to be deeply worried about the future of her grown up specially abled daughter and this may be the reason for this extreme step, according to sources. Periyapatna Police have registered a case.