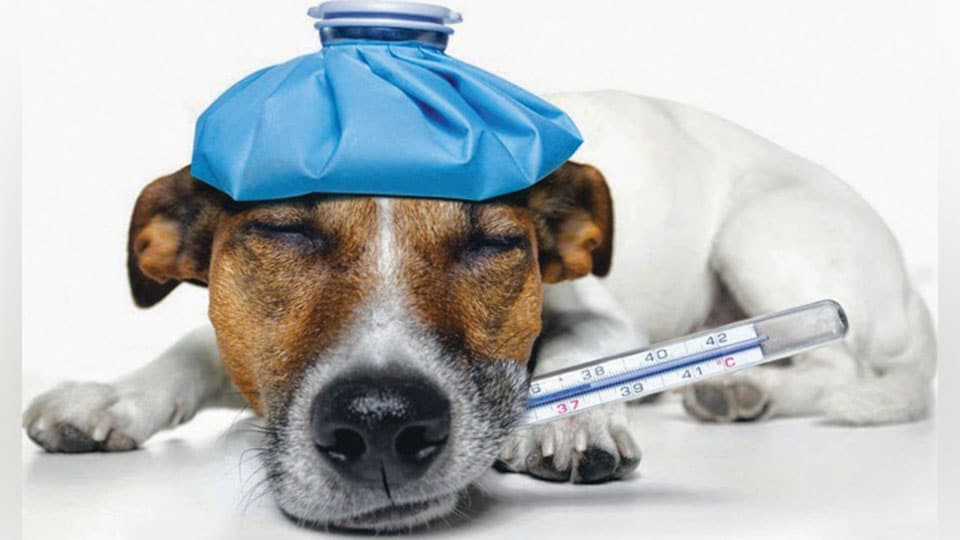 In this week’s Pet Talk, Maneka speaks about cold and health issues in dogs

Can dogs catch a cold?

We are spending more time in closed quarters, with windows and doors shut tight and no way to escape the germs. It is only a matter of time before someone in the house becomes sick. It could be you. It could also be your dog.

While there are differences in the types of viruses that infect humans, the symptoms are basically the same: sneezing, coughing, runny or stuffy nose, watery eyes. The illness is not communicable between species. Don’t worry about catching your dog’s cold.

Differentiate a common cold from a more serious health issue. For example, a common cause of dry cough is a condition known as “kennel cough.” This is serious. There are other highly contagious, cold-like illnesses to be familiar with, as well. The influenza virus, parainfluenza virus, adenovirus, and tuberculosis are all illnesses that can be transmitted by infected dogs.

Another potentially life-endangering viral illness is canine distemper. A dog exhibiting symptoms of distemper will usually have coughing, vomiting, high fever, and a thick discharge from the eyes and nose.

There are several types of parasites that can get into the lungs, heart and trachea, and which can also cause symptoms that mimic a cold infection. Coughing and other breathing problems are the main symptoms. Fungal infections are also commonly found in dogs, and can sometimes lead to life threatening conditions, when the fungal parasite sets up house in the lungs, causing ongoing, repetitive coughing, scarring of the lung tissue, and eventually, in some cases, pneumonia.

More difficult to distinguish in many instances, but just as common in animals as in humans, are allergies to environmental triggers and/or food products. An undiagnosedasthma,or allergies that trigger respiratory symptoms, can also bring on coughing and sneezing fits in dogs.

If your dog is coughing or sneezing, but is in otherwise good health, you may be able to treat the condition as you would a simple human cold — with lots of liquids, soups, healthy foods, warmth, and maybe even some time in a warm and humid room. This can be done by placing a humidifier near his rest area, or by filling the bathtub with steaming water and letting the dog hang out in the bathroom for a bit (notin the water), just to let the steam loosen up his sinuses and lungs.

It is important to note that while most respiratory conditions will begin to improve within several days from the time of onset, some dogs’ immune systems are not as prepared for an infection and may need a course of antibiotics, or other medications, in order to fully recover.

You can help to prevent a cold by keeping your dog indoors during cold, wet weather, with just brief trips outside for relief. Provide your dog with plenty of fresh water — even if there is water still in the bowl, make sure to change it at least once a day, ideally with a clean bowl every day — and healthy foods so that your dog’s immune system can keep up with whatever germs come his way, so that he has the strength to exercise at a level that is normal for his age and breed. If your dog is of a breed that typically has respiratory challenges, your veterinarian may suggest keeping a humidifier in your dog’s rest area as a matter of course.

Finally, it can be challenging enough to have one pet who is as “sick as a dog,” you certainly don’t want a house-full of them. While your dog is ill, make sure she is separated from the other dogs in the house so that  the infection is not passed along.

Do dogs really need coats or sweaters during winters?

If you have a healthy, young, furry dog you won’t have to invest in canine clothing for walks in the cold. In general, there are three kinds of dogs who benefit from the insulation provided by a sweater or coat:

iii. Dogs of a thin body type, especially those with short fur.

What these dogs have in common is that they have a more difficult time generating and retaining enough body heat on their own. For these dogs, a little help in keeping dry and warm is always a good thing.

If you have a dog with arthritis, protective clothing is just one thing you can do to make winters more comfortable. Pet-safe heated orthopaedic beds are a great idea; you can also talk to your veterinarian about nutraceuticals, such as glucosamine and omega-3 oils that are clinically proven to ease joint pain. Other dogs may benefit additionally from the use of pain-control medication, typically nonsteroidal anti-inflammatory drugs (NSAIDs).