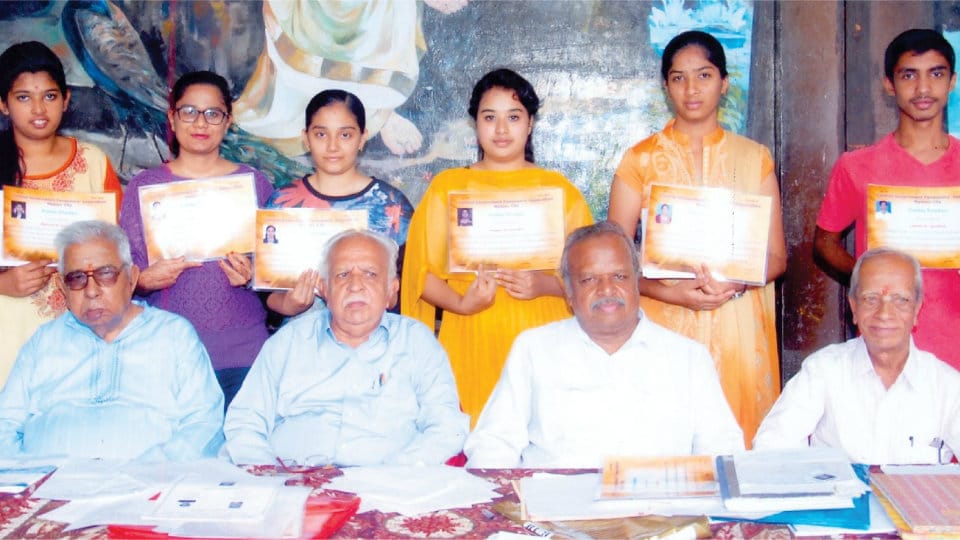 Mysuru: Central Government Pensioners’ Association, Mysuru, had organised a programme at Sadvidya Educational Institutions on Narayana Shastri Road in city recently to felicitate meritorious grandchildren of the Association members and the Institution, who have secured more than 85 percent marks in the SSLC and II PUC examinations.

The programme commenced with invocation by Srividya. Association President Dr. T.S. Satyanarayana Rao gave brief report about the activities of the Association and distributed the cash prize and mementoes.

Secretary Parameshwaraiah read the citation of meritorious students and annual report of the Association. Hon. Treasurer Mohan presented Audit and Statement of Account. Vice-President A.K.R. Sharma proposed a vote of thanks.