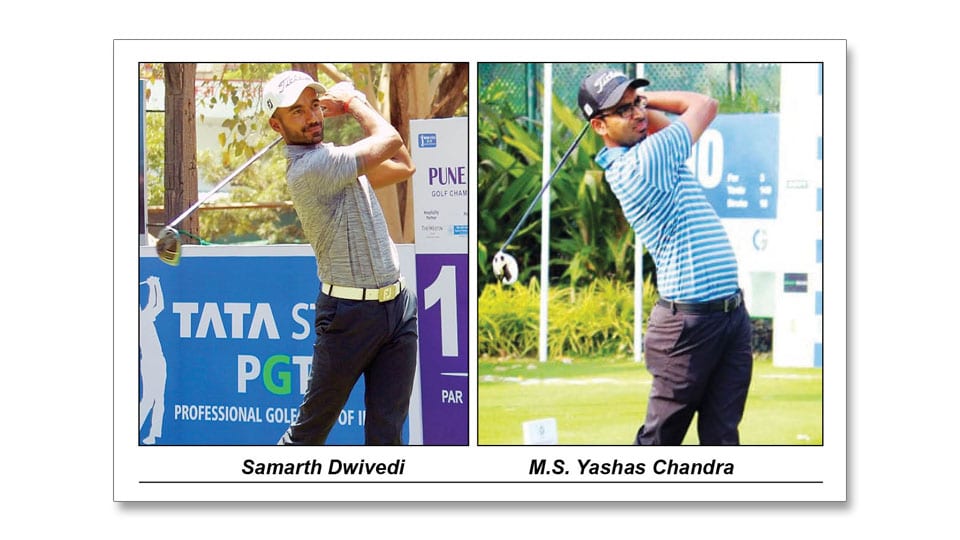 Ahmedabad- based Samarth Dwivedi matched the course record at the Poona Club Golf Course with a stunning eight-under-63 to set the bar in round one of the Pune Open Golf Championship 2019 yesterday.

Mysuru lad M.S. Yashas Chandra (JWGC) returned with a opening day card of three-under-68 and is tied seventh along with eight other players.

The 26-year-old Dwivedi led the field at the Rs.30 lakh event by one shot as Bengaluru’s Jaibir Singh was placed second, thanks to his outstanding effort of seven-under-64.

Trishul Chinnappa (65-6 under), Angad Cheema (66,five-under) and N. Thangaraja (66, five-under) are placed third, fourth and fifth respectively in the rankings.

Another Mysuru lad I.L. Aalaap (JWGC) had a first day’s card of one-under-70 and is placed 21st after round one.