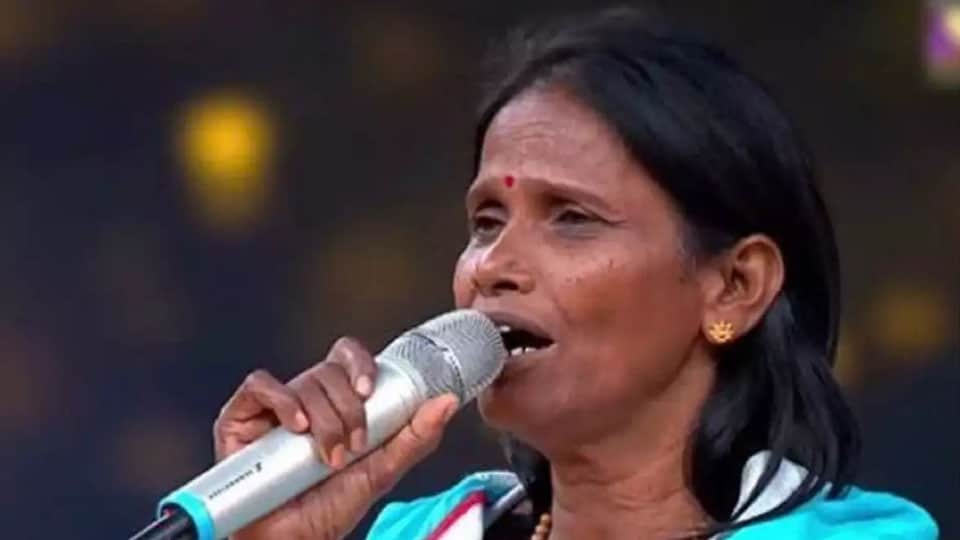 Mysuru: Do you remember the woman who was spotted singing Lata Mangeshkar’s song ‘Ek Pyaar Ka Nagma Hai’ at the Ranaghat Railway Station in West Bengal and went viral soon after?

Well, the train station-singer Ranu Maria Mondal, who has now shot to fame with her latest song ‘Teri Meri Kahani’ composed by Himesh Reshammiya, is likely to be one of the guests for this year’s Yuva Dasara.

According to sources, District Administration and Yuva Dasara Sub-Committee have extended an invitation to Ranu Mondal yesterday. However, it is still not confirmed whether the singer would attend the event as she has a packed schedule for Durga Puja in West Bengal.

A Bollywood bash awaits the youth this year as they will get to witness some of the best performances by famous singers at the Maharaja’s College   Grounds starting Oct. 1.

The first day is likely to feature Punjabi Pop sensation Guru Randhawa who is famous for his songs like ‘Tenu Suit Suit Karda’, ‘Ban Ja Tu Meri Rani’ ‘High Rated Gabru’, and ‘Patola’ and so on.

Fun will continue the next day with singer and composer Mohit Chauhan who will set the stage on fire with songs such as ‘Tum Se Hi’, ‘Masakali’, ‘Tujhe Bhula Diya’, ‘Pee Loon’, ‘Sadda Haq’ and many more. Singer Monali Thakur is likely to feature on Day-3 of the event with compositions such as ‘Zara Zara Touch Me Touch Me’, ‘Golmaal’, ‘Aga Bhai’, ‘Teri Moh Moh Ke Daage’, and ‘Badri Ki Dulhaniya’ among others.

Ardent fans of Kannada Rap and Modern Music need not be disappointed as a deadly combo of singer Sanjith Hegde and rapper Chandan Shetty will take them on a thumping musical ride with compositions such as ‘Lachmi Lachmi’, ‘Boom Boom’, ‘Nodi Swamy’, ‘3 pegs’, ‘Chocolate Girl’, ‘Tequilla’ and ‘Shokilala’ and much more.

Like previous editions, this year the glittery event will also feature ‘Sandalwood Night’ during which Kannada film stars will entertain the audience. However, it is said that the Yuva Dasara Sub Committee is yet to finalise the artiste for the final day.

Sources added that the Committee was in touch with Bollywood composer Pritham, who is yet to confirm his participation. As announced earlier, Ace Shuttler and World Badminton Champion P.V. Sindhu will inaugurate Yuva Dasara.