Home » News » Plea to set up Natl. Institute of Pharma Education and Research in Ch.Nagar 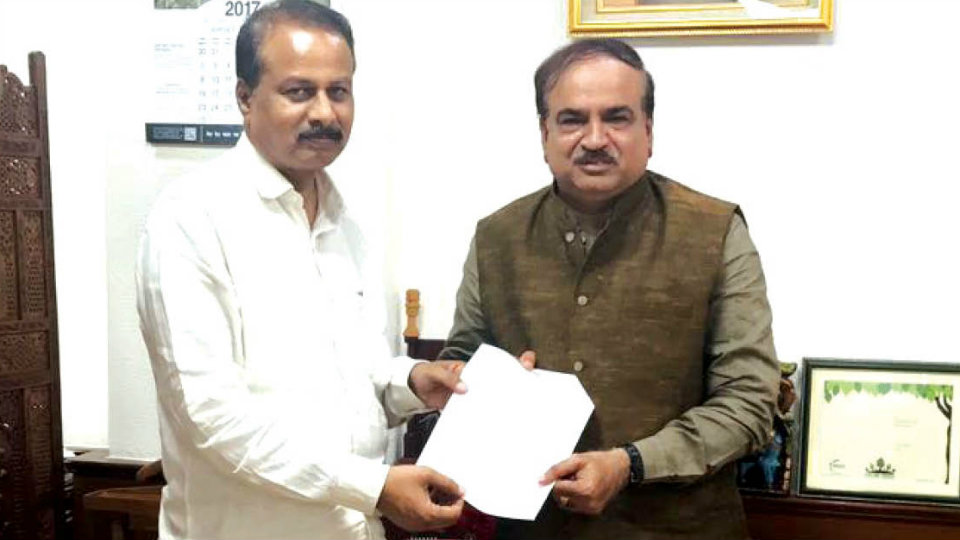 Plea to set up Natl. Institute of Pharma Education and Research in Ch.Nagar

Chamarajanagar: Chamarajanagar Member of Parliament R. Dhruvanarayan has urged Union Minister for Chemicals and Fertilizers H.N. Ananthkumar to establish a National Institute of  Pharmaceutical Education and Research (NIPER) in Chamarajanagar.

The MP, who called on the Union Minister at New Delhi recently, told him that approximately 1,600 acres of Government-owned land was present in the district of Chamarajanagar, a part of which can be used for the construction of a NIPER.

Sanctioning of such an institution would ensure increase in the amount of qualitative research in pharmaceutical education. This would also provide an opportunity for the youths to pursue Master’s degree or doctoral or  post doctoral research programme in the field of pharmaceutical education, the MP said and apprised the Minister saying that an initiative like this would empower and educate the youth and would also attract jobs to the State where they could be employed.