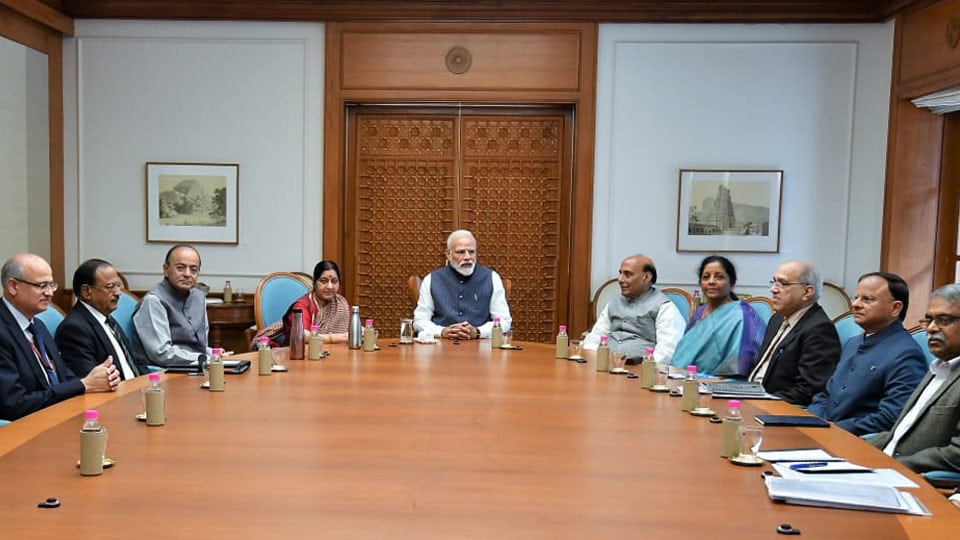 New Delhi: Prime Minister Narendra Modi met top Ministers in his Cabinet Committee on Security (CCS) at his home in Delhi amid reports that India had carried out pre-dawn air-strikes on terror camps across the Line of Control (LoC) early today.

Sources say the Prime Minister was briefed on the operation, what was achieved and the situation. Home Minister Rajnath Singh, Defence Minister Nirmala Sitharaman, Finance Minister Arun Jaitley and External Affairs Minister Sushma Swaraj were at the meeting, apart from National Security Advisor (NSA) Ajit Doval and other officials.

Sources said that the strikes were “100 per cent successful” and went on “exactly as planned.”

India carried out the operation twelve days after 40 soldiers were killed in a terror attack in J&K’s Pulwama. A suicide bomber of JeM exploded a car full of bombs next to a Central Reserve Police Force (CRPF) convoy. The JeM, which is led by Masood Azhar, had claimed responsibility for Feb. 14 attack.