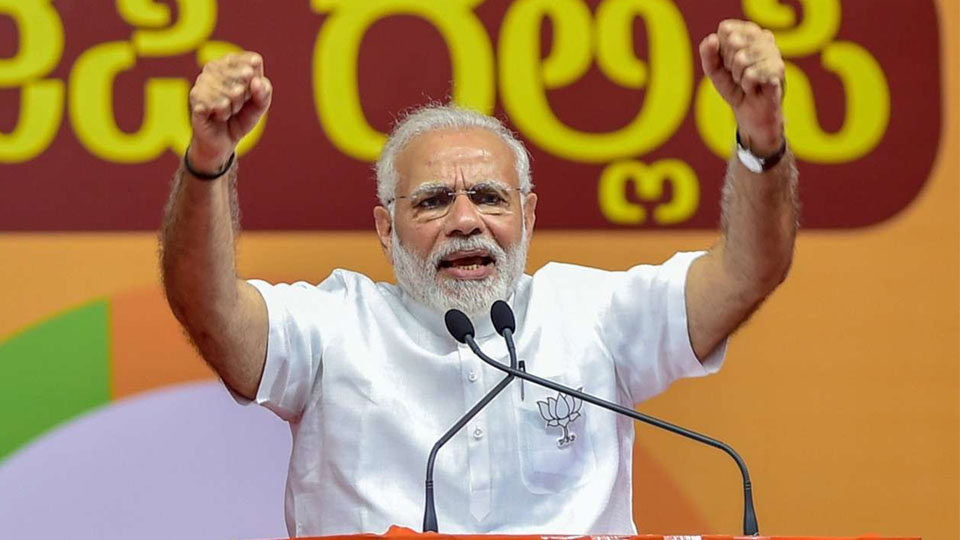 PM Modi to sound poll bugle from State on July 29

PM Modi, who will be arriving in the State for the first time after the Assembly polls, will launch the BJP poll campaign, in what can be considered as the gateway for the party to make in roads into the southern States.

After winning the no-confidence motion moved by the TDP in the Lok Sabha on July 20, Modi is scheduled to address over 50 rallies across the country, with the first one held at  Saharanpur in Uttar Pradesh yesterday.

The BJP has chosen Chikkodi for the PM’s rally as the town is considered centric to Mumbai-Karnataka district such as Belagavi, Dharwad, Vijayapura and Bagalkot.

The BJP sees the PM’s rally as a counter to the JD(S)-Congress coalition Government’s preparations for the Lok Sabha polls, even as speculations are rife that the 2019 Lok Sabha polls may be advanced to be held in December this year, as three key States of Rajasthan, Madhya Pradesh and Chhattisgarh are going to the Assembly polls at the end  of the year.

PM Modi
57 cases booked for ticketless train travel, other offences
Residents plant saplings only to be removed by MCC