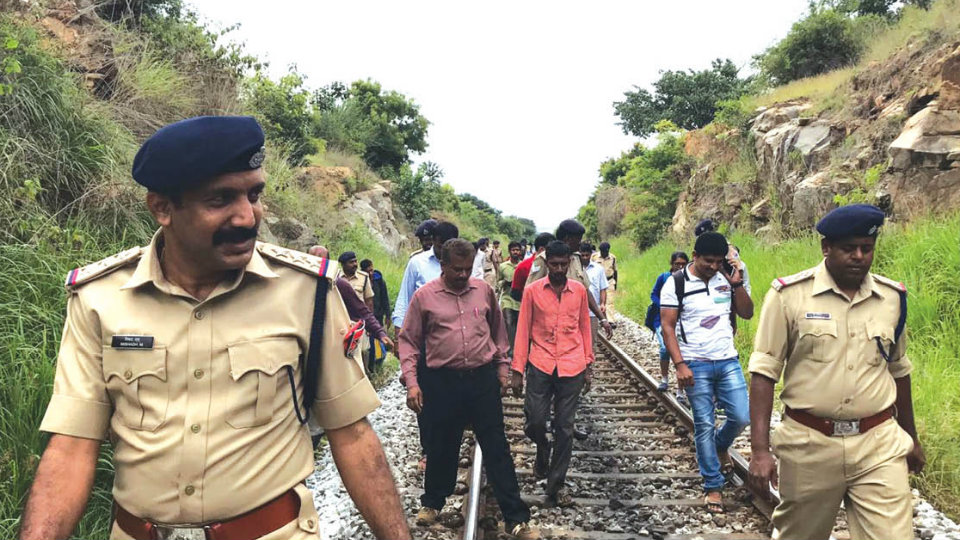 Mysuru:  A ticket-checking drive and awareness campaign was conducted yesterday onboard the Arsikere-Mysuru Passenger Train. The train was stopped in the midsection to facilitate the drive.

Ticketless travellers and those who were violating various Sections of the Railways Act, 1989 such as travelling in coaches meant exclusively for ladies, occupying seats in coach meant for physically challenged, footboard/ roof travel, smoking, etc. were booked.

Aparna Garg, Divisional Railway Manager has called upon train travellers to always travel with ticket and desist from indulging in rooftop/ footboard travel and other unsafe practices. She added that the checking drive will be intensified in the days  to come.